Government told how many jobs got in MGNREGA, issued clarification on media reports and allegations of opposition 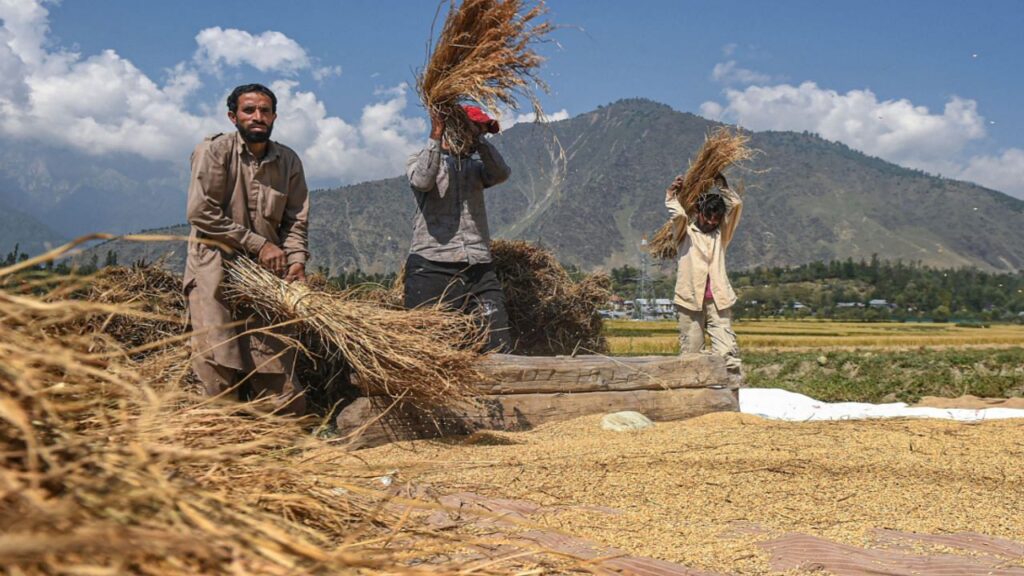 The Union Rural Employment Ministry has written in a tweet, some reports have given the figures of employment given under Mahatma Gandhi NREGA scheme in December. It has been said in the reports that in terms of employment given in the 17 days of the month of December, this is the lowest ever. On this, the Ministry of Rural Development has said that employment is given according to the demand under MNREGA. Where there will be a demand for work in MNREGA and as much as it is, employment is created accordingly. Therefore, comparing MGNREGA on month or day basis is not in accordance with the spirit of the Act.

What did the Ministry of Rural Development say

There are frequent comments and comments regarding employment in MNREGA. Recently, the Congress alleged that the central government has cut the budget of MNREGA and now people are not getting employment under this scheme for a fixed period. The matter was raised in the Parliament. Leader of Opposition in Rajya Sabha Mallikarjun Kharge said that Prime Minister Narendra Modi should pay attention to this so that poor people returning from cities to villages can get employment. Kharge said, the Prime Minister had described MGNREGA as a living monument of the Congress government. But this plan came in handy during the time of Corona crisis. Now the Modi government is ending this scheme.

The Congress leader claimed, ‘The budget of MNREGA was kept at Rs 1.11 lakh crore in 2020-21 and now a budget of Rs 73 thousand crore has been kept. 63 thousand crore rupees have been spent out of the money given to the states. 21 states do not have money. Now he is reducing the number of days of employment. Kharge said, ‘The central government says that there is no shortage of money for MNREGA. But now people are not getting work under MNREGA for the prescribed period. The poor and laborers are suffering. In November 2021, people got work on an average of 11.66 days only.

Most jobs in Palghar

Palghar district of Maharashtra ranked first in terms of providing employment to tribals under MNREGA in the state in 2021-22. Palghar District Collector Manik Gursal said that under the Mahatma Gandhi National Rural Employment Guarantee Scheme (MNREGA), at least 59,770 families were given a total of 16,46,211 days of work. He said that in 2020-2021, the district was ranked third in the state for achieving 177 per cent of the target and generating 49,72,811 man-days of work despite the COVID-19 pandemic. The official said that till Tuesday (November 30), a total of 27,244 laborers were employed in 877 works, while 8,856 work remained closed.

Despite bad reports, why people from all over the world including India are investing heavily in cryptocurrencies