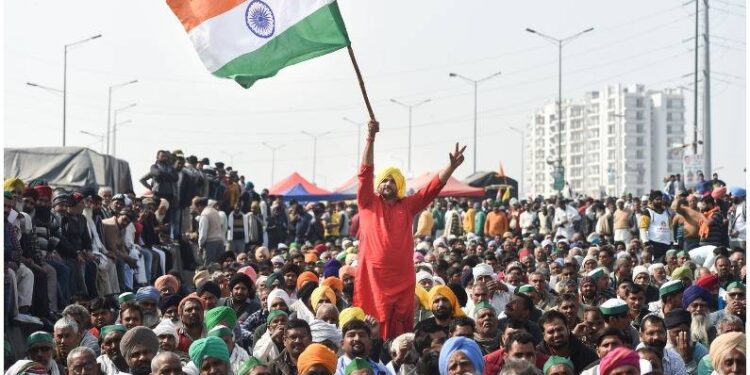 The NITI Aayog member said, ‘If any two things are wrong, tell us, if there are five things you don’t accept, tell us.’ The government is ready to discuss every provision of the three agricultural laws.

NITI Aayog member Ramesh Chand has said farmers should give “some pointers” about clearly pointing out the loopholes instead of demanding abrogation of agricultural laws to resume talks with the government. He said this in the midst of continuing protests by some farmer organizations against the three new agricultural laws.

Bharatiya Kisan Union (BKU) leader Rakesh Tikait had said on April 29 that whenever the government wants, farmers’ organizations are ready to discuss the three controversial agricultural laws with the Centre. But he insisted that the discussion should be about repeal of the law.

NITI Aayog member (Agriculture) Chand said, “I think Rakesh Tikait’s statement is welcome, but at the same time, there have been statements from some leaders that our demands are the same, (we want) that three agricultural laws should be repealed. .’

‘Government ready to discuss every provision’

He said, “In fact, there should be some indication on the part of the farmer that they are ready to discuss all the matters and they are ready to point out the shortcomings of these laws. The government has already told them that what is wrong with these laws should be brought to the fore.

The NITI Aayog member said, ‘If any two things are wrong, tell us, if there are five things you don’t accept, tell us.’

The last talk between the Center and farmer leaders was in January.

These agricultural laws were implemented in September 2020. These three agriculture laws have been introduced by the Center as major reforms in the agriculture sector, which will eliminate middlemen and allow farmers to sell their produce anywhere in the country.

“So, I think if the farmers’ organizations indicate that we are ready to discuss these agricultural laws,” Chand said. I think this will be a big statement of farmer leader Rakesh Tikait.

The government last held talks with farmer leaders on January 22. Talks between the two sides came to a halt after the January 26 tractor parade by farmers in Delhi turned violent.

read this also- Cultivate this special crop, harvest it three to four times every year and earn big money