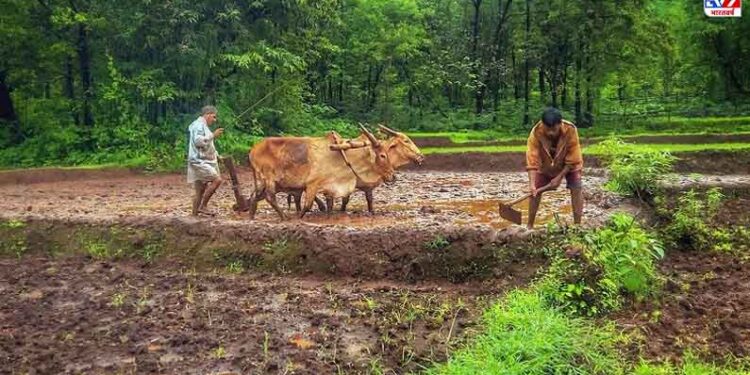 7,69,287.07 metric tonnes of moong, urad, tur, gram, masoor, groundnut pods, mustard seeds and soybean have been procured by the government through its nodal agencies at MSP prices.

Procurement of wheat at MSP for the current Rabi marketing season 2021-22 is going on smoothly in the states of Uttar Pradesh, Bihar, Rajasthan and Jammu and Kashmir, as has been done in the previous seasons. So far (till 06.06.2021) 416.44 Lakh MT of wheat has been procured (which is the highest ever level of procurement as it surpassed the previous high of RMS 2020-21 at 389.92 Lakh MT of wheat procurement figures) While 371.33 lakh metric tonnes of wheat was procured in the same period last year. About 45.56 lakh farmers have been benefited from the procurement operations at MSP prices in the current Rabi marketing season and Rs 82,247.51 crore have been paid to them.

Procurement of 7,69,287.07 MT of Moong, Urad, Tuar, Chana, Lentil, Groundnut Beans, Mustard Seeds and Soyabean at MSP prices by the Government through its Nodal Agencies under Kharif 2020-21 and Rabi 2021 till 06.06.2021. Has been. 4,020.62 crore has been generated from this purchase to 4,54,340 farmers of Tamil Nadu, Karnataka, Andhra Pradesh, Madhya Pradesh, Maharashtra, Gujarat, Uttar Pradesh, Telangana, Haryana and Rajasthan.

Similarly, during the crop season 2020-21, 5,089 metric tonnes of copra (perennial crop) have been procured from the states of Karnataka and Tamil Nadu. For this, Rs 52 crore 40 lakh has been paid on the minimum support price, benefiting 3,961 farmers. Approval has been given to purchase 51000 metric tonnes of copra from Tamil Nadu for the marketing season 2021-22, for which the procurement work will be started from the date fixed by the state government.

Know the condition of the states

Apart from this, on the basis of proposal received from the states, states like Tamil Nadu, Karnataka, Maharashtra, Telangana, Gujarat, Haryana, Madhya Pradesh, Uttar Pradesh, Odisha, Rajasthan and Andhra Pradesh are invited for Kharif Marketing Session 2020-21 and Rabi Marketing Session 2021 and Summer Approval was also given for procurement of 107.81 lakh metric tonnes of pulses and oilseeds under the Price Support Scheme (PSS) for the session 2021.

Approval has also been given to purchase 1.74 lakh metric tonnes of copra (perennial crop) from the states of Andhra Pradesh, Karnataka, Tamil Nadu and Kerala. In case the market rates in the respective States and UTs fall below the MSP during the notified cropping period, the Central Nodal Agencies through the designated procurement agencies of the State will provide these States and Union Territories with Price Support Scheme (PSS). Under this, approval will also be given on receipt of proposals for the purchase of pulses, oilseeds and copra crops, so that the FAQ grades of these crops can be procured directly from the registered farmers at the notified Minimum Support Prices for the year 2020-21.

Also read- Then the price of mustard oil increased by so much, this decision of the government may harm farmers