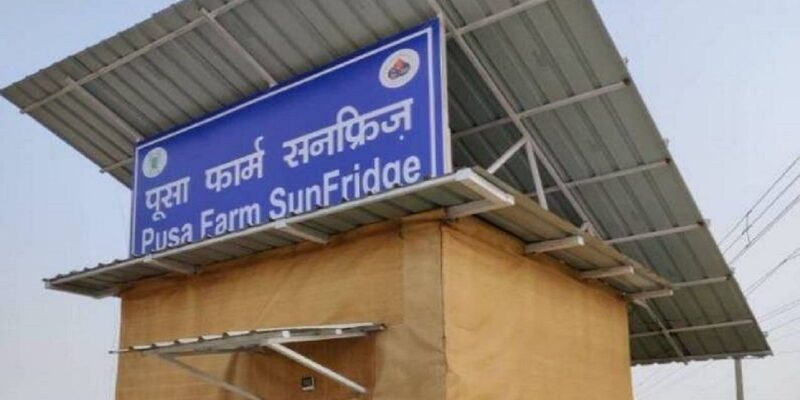 Solar-powered small fridges will be made in Purvanchal.

The farmers of Purvanchal region of Uttar Pradesh are going to get a big gift very soon. Now they will not have to go to expensive or big cold storages to keep their produce safe. The Agricultural and Processed Food Export Products Development Authority (APEDA) is preparing to manufacture a complete range of solar-powered small cold storages by IARI Pusa. Its cost will be very less and can prove to be very beneficial for small farmers.

Will cost up to three lakh rupees

The responsibility of making this cold storage in Purvanchal has been given to Agricultural and Processed Food Export Products Development Authority (APEDA). It will cost about three lakh rupees to make it, which is much less than normal cold storage. How it will be used, farmers will also be given training for this. This sunfreeze can be made on a very small area of ​​land and can be increased according to the storage capacity. At present, its trial is going to be done with the farmers of Varanasi and Ghazipur.

The problem of cold storage is big for farmers, especially for those growing vegetables and fruits. You have to rent your fruits and vegetables to some cold storage or sell them at throwaway prices. Cold storages are mostly of government or private companies, in which farmers have to spend extra for storage. Now this problem seems to be solved because a scientist of IARI based in Pusa has made such a cold store which will run without electricity or battery. Any farmer can easily plant it at his home.

how does it work

This is such a cold store that runs only on sunlight or solar energy. The more sunlight outside, the cooler the room will be inside and will also speed up the work of refrigeration. In this cold store, the temperature remains up to 3-4 degrees during the day. Its specialty is that it does not require electricity to run, nor does any chemical battery. A water battery has been made to run it, which runs only on water and gives energy to the cold store at night when there is no sunlight.

The roof of the cold store is made of PVC pipes in which water is supplied. This pipe is accessible to farmers because its cost is also low. Farmers will not need to spend much money on this. Water battery is made through PVC pipe which keeps the room cool at night. Actually, the refrigerant installed in it cools 75% of the water and 25% of it cools the air. There are solar panels on the roof and the outer wall is made of cloth and thermocol.

Also read: Estimated more production this time than in the last few seasons, but still not happy apple farmers of Himachal