Good news for farmers- Monsoon has picked up pace, will knock in these areas including Bihar-Jharkhand in the next 2 days, strong winds can blow here 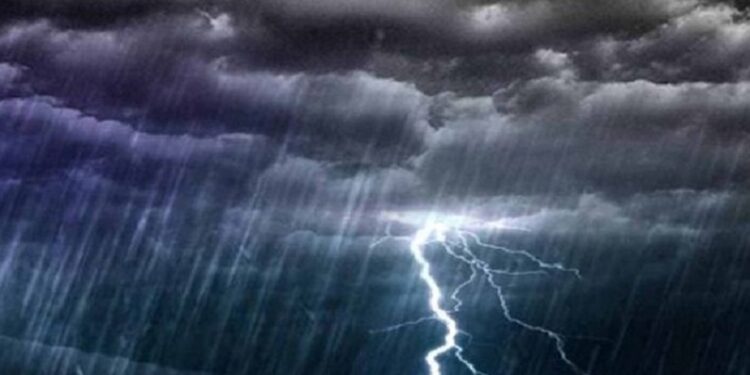 Monsoon rain 2021: Good news has come for the farmers who are sowing paddy. Monsoon has gained momentum in the country. It is expected to reach Bihar and Jharkhand in the next 2 days.

According to the Indian Meteorological Department, a low pressure area is likely to develop over North Bay of Bengal and adjoining parts by June 11. Under its influence, Southwest Monsoon is very likely to advance into most parts of Odisha, West Bengal and most parts of Jharkhand and some parts of Bihar during the next two days after June 11. Let us tell you that the growth of food grains and the country’s economy rests on the rains of the current monsoon season. The government has set a target of producing more than 3073 million tonnes of food grains in the country during the crop year 2021-22. In this, 151 million tonnes of food grains are targeted to be produced in the Kharif season which started from June 1. While the target of production in the upcoming Rabi season has been set at 155.9 million tonnes. This production target is higher than the previous crop year.

A look at the movement of monsoon

Most parts of East India and adjoining parts of Central India are likely to receive rain at all places on June 10. It may reach some parts of Odisha between June 8 and 11.

Heavy to very heavy rain may occur over Gangetic West Bengal on June 10 and 11, Jharkhand on June 11, East Madhya Pradesh, Vidarbha and Chhattisgarh on June 10 and 11. There is also a possibility of heavy rain at one or two places in Odisha on June 11, 2021. Rain activities are also likely to increase in the western coastal parts.

Heavy rain may occur in these areas

Due to prevailing southwesterly winds and other weather conditions becoming favourable, rain is very likely at most places over the north-eastern states during the next 4-5 days.

Heavy rainfall is likely at one or two places over Arunachal Pradesh on 7th and 8th June; There may be torrential rains in Assam and Meghalaya between June 7 and 10.

between 7 and 9 June in Sub-Himalayan West Bengal and Sikkim; Nagaland, Manipur, Mizoram and Tripura may receive heavy rainfall on June 7 and 8.

Due to the formation of Coastal Trough from North Maharashtra to North Kerala coasts, South Peninsular India may receive thundershowers at many places during the next 4-5 days. Lightning may also occur.

Strong winds can blow in these areas

Dusty gusty winds (speed 30-40 kmph) are very likely to prevail over plains of north-west India between June 8 and 10.

In view of the forecast of the Meteorological Department, the Ministry of Agriculture has issued an advisory for the farmers. Along with the production of crops, some important advice has also been given regarding the cultivation of horticultural crops, dairy, animal husbandry, poultry and fisheries.

To encourage the cultivation of pulses and oilseeds, their mini kits are also being distributed to the farmers along with proper advice. Detailed information has been given about the estimated rainfall in the states and its scientific methods along with the crops to be sown accordingly.

In addition to the diseases and their prevention in the monsoon season, detailed advice has been given about the vaccines and animal feed to the lactating animals.

Also read- Big news about mustard oil: Adulterated oil will not be sold from today, farmers can get tremendous benefits