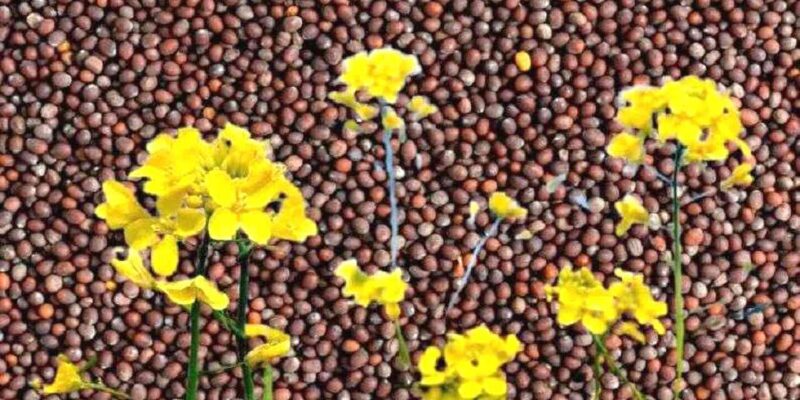 Hybrid seed mini kits will be distributed for free.

Under a special program of the Union Agriculture Ministry, 8,20,600 free seed mini kits will be distributed in 343 identified districts of 15 major states of the country. With this program, production and productivity will increase by increasing the seed replacement rate. This will increase the income of the farmers. It started today from Morena and Sheopur districts of Madhya Pradesh where mustard seed mini kit worth about two crore rupees was distributed. It was started by the Union Agriculture Minister Shri Narendra Singh Tomar.

This program has been started under the National Food Security Mission (NFSM)-Oil Seed and Oil Palm Scheme. Tomar informed that after the micro level plan for the major mustard producing states of the country, approval has been given to implement the mini kit distribution of rapeseed and mustard seeds this year. 8,20,600 seed mini kits have been prepared for distribution in 343 identified districts of 15 states. In which seeds of high yielding varieties of productivity more than 20 quintals per hectare are included.

Farmers of these states will get benefit

These districts were selected for the pilot project

Tomar informed that the districts of Morena and Sheopur in Madhya Pradesh, Banaskantha in Gujarat, Hisar in Haryana, Bharatpur in Rajasthan and Etah and Varanasi districts of Uttar Pradesh have been selected for distribution of hybrid seed mini kits under the pilot project during this year. . In these 7 districts of 5 states, 1,20,000 seeds from a total of 1615 quintal seeds will be prepared and given to the farmers. Every district will be given 15 thousand to 20 thousand seed mini kits.

What is the purpose of the plan?

In addition to the regular programme, three TL hybrid high yielding varieties of mustard have been selected for seed mini kit distribution. The selected varieties are JK-6502, Champion and Dawn. Hybrid is selected due to higher yield than HYV. The seed mini kit program aims to polarize new varieties with high yield potential and other useful features. The farmers of the adjoining districts will have faith in these varieties, as a result of which farmers will adopt it on a large scale.

Mustard will increase the income of farmers

In the function, Madhya Pradesh Minister Bharat Singh Kushwaha said that there is a lot of mustard production in this area, now it will increase further by getting these hybrid seeds by the Union Agriculture Ministry. Farmers are getting very good prices of mustard. Kushwaha urged the farmers to sow more and more mustard seeds, which would increase their income. Agriculture Secretary Sanjay Aggarwal said that self-reliant India will be built through self-reliant agriculture. Hybrid seed is being distributed free of cost for the first time.

Also read: Shock to Pakistan, Indian rataul mango got GI tag, know what is the controversy

You can earn better through sheep rearing at less cost, you will also get discount on loan, know how

This 27-year-old girl has got hundreds of tattoos on her body, but she faints on seeing the needle!