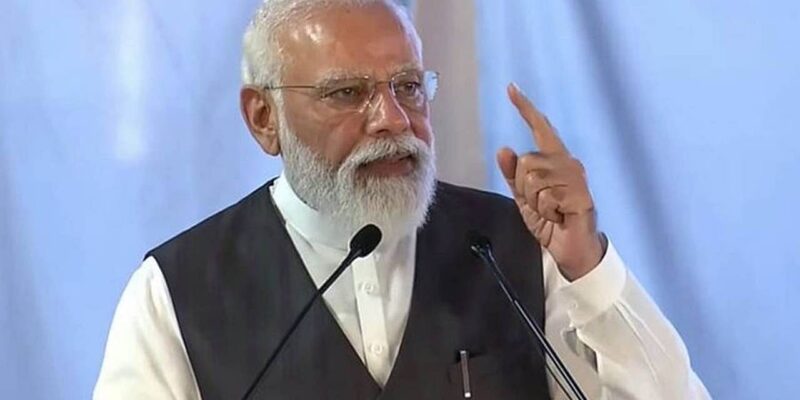 On the occasion, Prime Minister Modi further said, ‘At a time when the whole world was burning in the violence of World War, India suggested the path of ‘rights and non-violence’ to the whole world. Not only the country but the whole world sees our Bapu as a symbol of human rights and human values. Our movement for freedom, our history, is a great source of inspiration for human rights for India, the values ​​of human rights. We fought for our rights for centuries. As a nation, as a society, resisted injustice-atrocities.’

seen as a political

Referring to the violation of human rights, he said, “Human rights are grossly violated when they are viewed with a political color, seen through a political lens, weighed with the scales of political profit and loss.” Such selective behavior is equally harmful to democracy. There is another aspect related to human rights, which I want to discuss today. In recent years, some people have started interpreting human rights in their own way, looking at their own interests.

Prime Minister Modi further said, “The poor who were once forced to go in the open for defecation, when the poor get a toilet, he also gets prestige. The poor who could never muster the courage to go inside the bank, when the Jan Dhan account of that poor is opened, he gets encouragement, his reputation increases. In this Corona period, India has given financial assistance to the poor, helpless, elderly people directly in their accounts. The facility of ‘One Nation One Ration Card’ has also been started for migrant workers, so that wherever they go in the country, they do not have to wander for ration.

Also read- CBI raids 40 places in Jammu and Kashmir, Delhi and Madhya Pradesh, there is a case of fake gun license scam

‘Mind’ of Dhoni, ‘Dhamaka’ of Kohli… This pair will set ‘fire’ in T20 World Cup, this legend made a big prediction