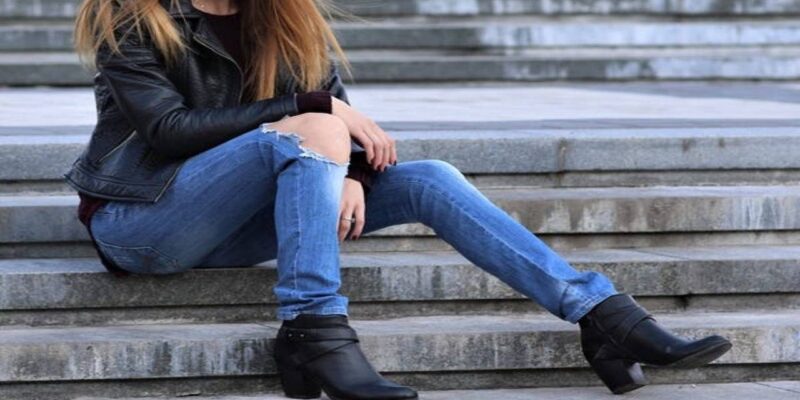 Sam told that 3 years ago she went on a date with her boyfriend.

Everyone in the world likes to wear jeans. Now we often hear that tight jeans can become the cause of many people’s problems. But still people do not refrain from wearing tight jeans. But in the past, a 25-year-old American girl told such an incident related to tight jeans, hearing about which everyone will be forced to think. Actually it happened that due to wearing tight half jeans, the girl got into trouble. Because of which now this news is gathering discussion everywhere.

According to a report, the girl had a dangerous skin infection due to wearing tight jeans. The girl’s condition deteriorated so much that she had to be admitted to the hospital. It came to pass that he had to shift to the ICU. The girl herself has shared this story on social media. Since then, this news has become the reason for the interest of the people. In the video, a girl named Sam has told how she got a painful skin infection due to wearing tight jeans and shorts. Due to which he had to face many problems.

Sam told that 3 years ago she went on a date with her boyfriend. During this, at the behest of the boyfriend, shorts jeans were worn, which were too tight. But she kept wearing it for 8 hours but when she returned home, she started having pain below her waist. Sam reached the doctor after some time regarding this problem. Where it was found that he had a bad skin infection near the waist. At first he was admitted to the hospital, but when the condition did not improve, the doctors immediately admitted him to the ICU.

Let us tell you that Sam was kept in ICU for about a week for his treatment. She remained in the hospital for almost the same number of days. Sam was told he had sepsis and cellulitis. Sam says that she had to constantly show the wound to the doctors by taking off her pants, which was a very bad experience. But it was fortunate that in the end she came out of the mouth of death. After hearing this news, many people were astonished that after all, how such a rare disease can be caused by genes.

Nissan Magnite prices increased once again, new prices will be applicable from October 2021