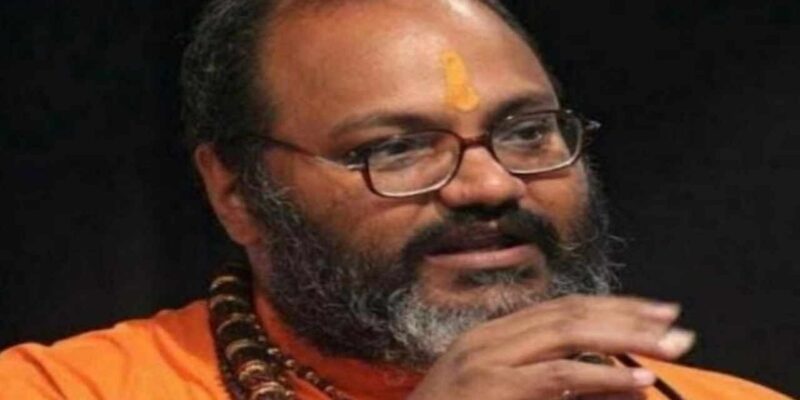 After a 10-year-old Muslim child inadvertently entered the Dasna Devi temple in Ghaziabad, Uttar Pradesh, the police took him to the police station for questioning. In a video going viral on social media, temple priest Yeti Narasimhanand Saraswati alleged that the child was sent to keep an eye on him. Narasimhanand also said that the community the child comes from has ‘trained killers’ of his age.

In the video, Narasimhanand can be seen standing near the child. In the video, the priest is accusing the child that he had entered the temple for the purpose of doing Reiki. Narasimhanand said that the child has not been ‘touched or slapped’. Pujari said that he wants to tell Chief Minister Yogi Adityanath and all senior police officers that a conspiracy is being hatched to kill him (Narasimhanand). However, the boy told the police that he had come to meet a pregnant relative of his admitted at the primary health center next to the temple. He said that he had unknowingly entered the temple but the managers caught him and handed him over to the police.

Police said that after knowing the truth of the child’s statement, he was released. Superintendent of Police (Rural) Iraj Raja said the boy’s family had come here a year ago and he was not familiar with the area, so inadvertently went to the temple. Raja said that the management of the Dasna Devi temple is not cooperating with the police and is refusing to search and check identity cards of visitors who come to the temple during Navratri festival.

Raja said that a strict investigation is being done in the light of the incidents that happened earlier. He said that 50 policemen have been deployed to provide security to the priest. Earlier this year, a Muslim boy was assaulted when he entered the temple premises to drink water. On August 10, the sadhu sleeping in the temple premises was attacked by an unknown assailant with a knife.

Delhi Air Pollution: Children living in Delhi suffocate! 75.4% of children in the study complained of breathlessness

Loot Ghar Series: The babus of the authority closed their eyes on seeing the buildings being erected on their land, the buyers looted lakhs and then their lives were trapped

IPL 2021: Coach Kaif’s instruction to Delhi Capitals – will have to show this specialty against KKR, only then will success