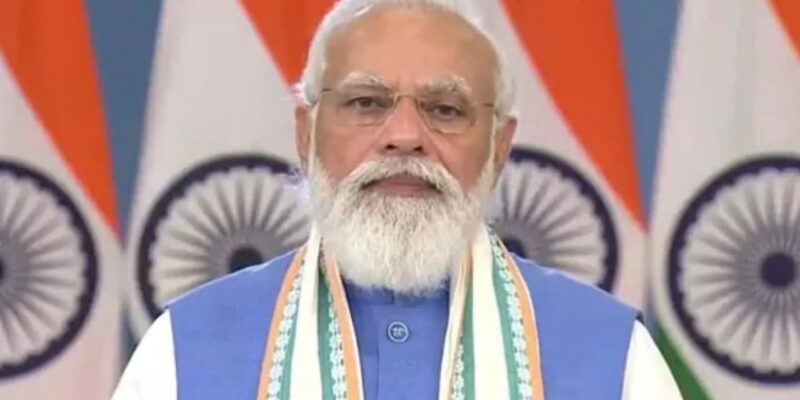 Prime Minister Narendra Modi will launch ‘PM Gati Shakti’ – National Master Plan for Multi-Modal Connectivity today. This will institutionalize the overall planning of major infrastructure projects, which have so far been planned and designed in silos. The Union Ministry of Commerce and Industry gave this information.
In the statement of the Union Ministry of Commerce and Industry, it has been said that the construction of infrastructure in India is grappling with many issues. It also includes a lack of coordination between various departments, citing the current practice of road construction, which is often dug up by other agencies to lay underground cables and gas pipelines.

What is ‘PM Gati Shakti’ scheme?

A senior ministry official, requesting anonymity, said, “In order to resolve the issue, save time and cost and save the common man from inconveniences, the government has coordinated efforts of 16 ministries and departments under PM Gatishakti. have done.” Instead of planning and designing separately in silos, the projects will be designed and executed with a common vision, the official said.

This was announced by Prime Minister Narendra Modi on August 15 this time on the occasion of 75th Independence Day. Under this, 16 ministries and departments have put all those projects in Geographic Information System (GIS) mode, which are to be completed by 2024-25. According to senior government sources, the cabinet note in this regard is ready and it can be approved on Tuesday evening.

The high-technology online system has been developed by the Bhaskaracharya National Institute for Space Applications and Geoinformatics (BISAG-N) and is based on six pillars – Comprehensiveness, Priority, Customization, Synchronization, Analytical and Dynamic, the ministry statement said. .

This system will help in coordinating the activities of each department as well as the various layers of governance in a holistic manner by ensuring co-ordination of work between them. It will provide complete data at one place with over 200 layers of GIS-based spatial planning and analytical tools, providing better visibility to the executing agency, the statement said.

“PM Gatishakti is the result of the Prime Minister’s relentless effort to build next generation infrastructure that improves ease of living as well as ease of doing business,” the commerce minister’s statement said. Multi-modal connectivity will provide unified and seamless connectivity for movement of people, goods and services from one mode of transport to another.

Madhya Pradesh: After the national anthem, there was a dispute among the students for not speaking ‘Bharat Mata Ki Jai’, lathis fiercely