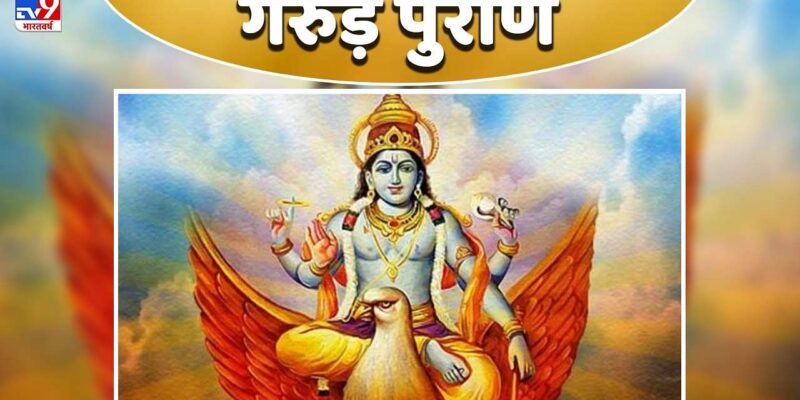 Garuda Purana is dedicated to Lord Vishnu, the sustainer of the world. It depicts the glory of devotion to Lord Vishnu. Along with this, all the policies have been described to make life better. Those things have been told which can make a person’s life happy or sad. It is said that Narayan himself had told everything written in the Garuda Purana to his vehicle, Garuda, when Garuda asked some questions related to life and death.

The person who boasts often insults others. Over time his ego grows and thinking becomes small. In such a situation, the person takes the wrong decision in enthusiasm and the path of his downfall is ensured.

According to Garuda Purana, one should never be greedy on the wealth of others. The person who does this, he can never be happy. His desires never end and he keeps on doing wrong things due to greed. In such a situation, one day all his wealth is destroyed.

A lot has been written in the Garuda Purana regarding food. It is forbidden to eat curd at night. At night, more phlegm is formed in the body and curd, being cold in nature, increases phlegm. In such a situation, all the problems arise in the body. If your body falls ill, then everything you do will be affected. Therefore, to keep life healthy, pay special attention to food.

Mother Lakshmi gets angry with those who wear dirty clothes. Such people create negativity in their home and diseases surround them. In such a situation, both the body and money are harmed. Therefore, for a happy life, take special care of cleanliness.

Also Read – Garuda Purana: These Habits Can Create Trouble In The Family Even While Playing Laughing

Also read – Garuda Purana: Why Pind Daan is necessary for 10 days after death, know its secret!

Abdul Qadir Khan, who made nuclear weapons for Pakistan, died, had a deep connection with India

High Heels Side Effects: If you are fond of wearing high heels, then first know these disadvantages