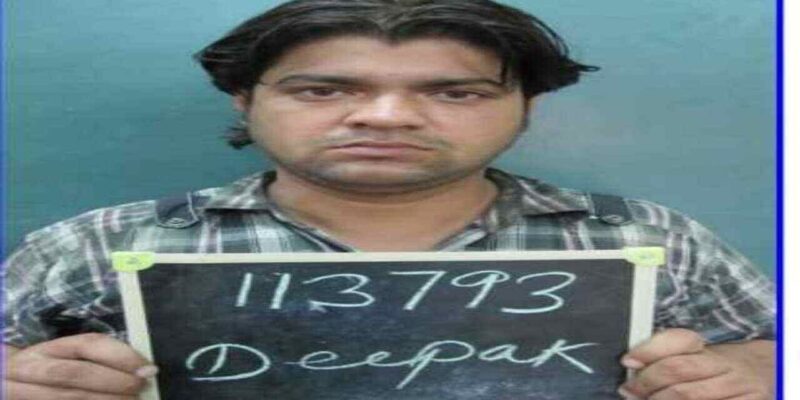 Gangster Jitendra Gogi was recently gunned down in Delhi’s Rohini court. After which now today in Sector 16 of Rohini itself, the crook of Tillu gang was shot dead. Deepak alias Radhe was shot dead on Monday late night (Radhe Murder). After which the police has now started searching for the one who shot.

Radhe of Tillu gang was shot dead by a miscreant of another gang in Rohini Sector 16, Delhi. It is being told that Radhe was passing on his bike in Rohini Sector 16 market, when the miscreants fled after shooting Radhe. In the matter, Delhi Police says that Deepak was shot today in Sector 15-16 Rohini Market. He later died in a city hospital. The deceased has involvement in 5 previous cases. The police further said that the angle of gang war is not yet known, investigation is going on.

Delhi | One Deepak was shot at in Sector 15-16 Rohini market today. He later succumbed to his injuries at a city hospital. The victim has 5 previous involvements. As of now the angle of gang war cannot be ascertained; probe underway: Delhi Police

Recently, two shooting criminals including gangster Jitendra Gogi were killed in the Rohini Court firing in Delhi. In the case, the police said that they suspect that the Tillu gang is behind the firing. That is why the members who are in jail are being monitored.

In order to avoid such incidents in future, a large number of policemen were deployed inside and outside the court. At the same time, Radhe Tillu, who was killed today, is a member of the gang. Actually gangster Jitendra Gogi was murdered recently in Rohini court. He was gunned down by two assailants who arrived in the guise of a lawyer.

Also read: Inside Story: Delhi Police lightened by the decree issued by ‘Babu’ in the name of DCP! You will be shocked to know the reality

Shriya Saran put an end to the rumors of pregnancy, has become the mother of a daughter in 2020 – video shared on social media