G-7 member countries will unite again against China, will demand fair investigation from WHO regarding Corona 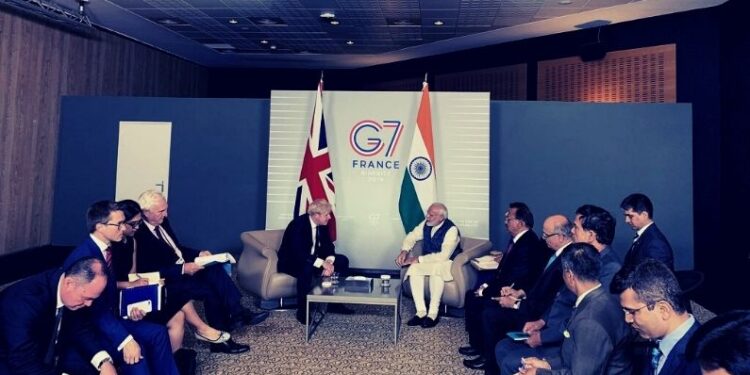 The member countries of the G-7 include the United States, Britain, Germany, France, Italy, Japan and Canada. These are the countries which have been considering Corona as a conspiracy of China since the beginning.

The answers to the unresolved questions are being sought in the G-7 meeting which started today. Seven major economic powers have been united against China’s virus conspiracy and they are getting the support of India. The G-7 meeting is being held in Cornwall, Britain from June 11 to 13, in which India was invited as a special guest from Britain. On June 12-13, PM Modi will attend the G-7 outreach session.

Earlier in the year 2019, PM Modi also participated in the G-7 meeting led by France. A statement issued by the PMO said that the theme of the conference is better reconstruction. But just before this meeting a big news is coming. That is, a government draft made for the G-7 meeting has been leaked. If this leaked document is to be believed, then the problems for China are going to increase in the G-7 meeting.

Based on this leaked draft communique, Bloomberg News prepared a report according to which a new fair and transparent investigation led by the WHO will be demanded in the G-7 meeting regarding the origin of the corona virus.
According to this leaked document, experts will investigate it on the basis of evidence.

From the very beginning, China has been lying about the origin of Corona. Has been tricking the WHO. Even when WHO officials went to China for investigation, they even tried to stop them. But now the G-7 has started putting renewed pressure on the WHO regarding the origin of the virus.

Which are the member countries of G-7

The member countries of the G-7 include the United States, Britain, Germany, France, Italy, Japan and Canada. These are the countries which have been considering Corona as a conspiracy of China since the beginning and due to which the relationship of these countries with China was also affected and more recently US President Joe Biden investigated this report within 90 days to the intelligence agency. Where did the virus originate from?

Although China termed this move of America as politics, but in the meantime many such reports came which once again pointed fingers at China.

Meeting ends at PM’s residence amid speculations of reshuffle in Union Cabinet, churn between Modi-Shah and JP Nadda