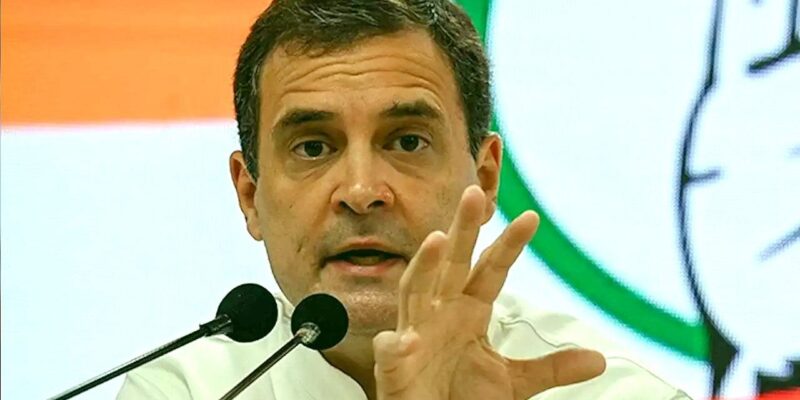 Former Congress President Rahul Gandhi on Thursday targeted the central government over the increase in the prices of petrol, diesel and LPG and claimed that one day the people would be unhappy and end this ‘misrule’. Rahul Gandhi also shared a graph on Twitter showing the increase in the prices of ‘GDP’ (Gas, Diesel and Petrol). The Congress leader said, “The old folk tales used to tell the story of such greedy misgovernance which used to collect taxes indiscriminately. At first the people would have been unhappy but in the end it was the people who used to end that misgovernance. The same will happen in reality as well.

‘Prime Minister is silent on killing of farmers, inflation, unemployment’

Targeting Prime Minister Narendra Modi, Rahul Gandhi on Sunday said that the Prime Minister is silent on the issue of killing of farmers and BJP workers in Lakhimpur Kheri incident, rising inflation, spurt in oil prices and unemployment in the country. Wayanad MP Rahul Gandhi tweeted, ‘Prime Minister is silent on rising inflation, oil prices, unemployment, killing of farmer and BJP worker and is very vocal in the matter of lack of camera and photo op, genuine criticism and questioning friends. .’

Relief on the front of wholesale inflation! Figure reached 10.66% in September

The Ministry of Commerce and Industry said in a statement that the high inflation rates in September 2021 were mainly due to the consumption of mineral oil, basic metals, food items, non-food items, petroleum and natural gas, chemical and non-chemical products. There is an increase in the prices as compared to the same month last year.

Inflation broke the waist in India, but here you are getting 1 kg of ‘milk’ and gas cylinders for Rs 1200 cross 2500