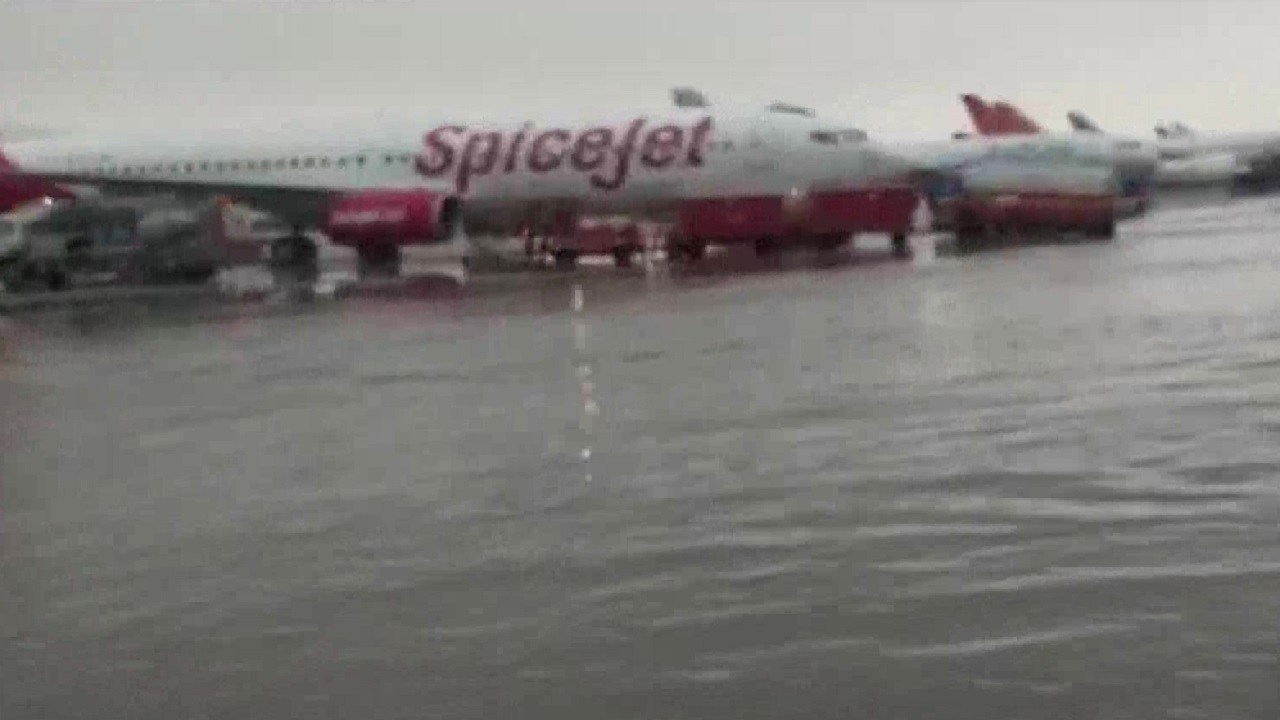 After the rain in Delhi on Saturday, all the roads turned into ponds. On the roads, even at the airport of Delhi, there was a view like a swimming pool. Water and water were seen inside and outside the airport. Also the runway was also seen submerged in water.

Expressing concern over water-logging in various parts of the Delhi airport, former Vice-Chairman of the National Disaster Management Authority (NDMA) M Shashidhar Reddy on Tuesday called on Union Civil Aviation Minister Jyotiraditya Scindia.Union Civil Aviation Minister Jyotiraditya Scindia) Suggested to conduct flood audit of all airports in India by sending a letter to. Reddy, who was a member of the authority till 2005-10 and vice-president till 2010-14, also suggested widening of the drainage system from Terminal 3 of Delhi airport to Najafgarh to get rid of water logging.

Reddy said the Indira Gandhi International Airport T3 terminal, airport taxiway, airport access routes and other areas were submerged due to the rain. The authority headed by the Prime Minister is the apex body for disaster management in the country. In a statement on Saturday, a Delhi International Airport Limited spokesperson had said that the airport operator has been requesting state and central agencies for the past few years to widen the underground evacuation system connecting Terminal 3 with Najafgarh.

Delhi airport was filled in only half an hour of rain

The spokesperson said that due to the sudden heavy rains, water accumulated at Terminal 3 of the Delhi airport, which was cleared within minutes. Reddy said in the letter sent to Scindia by e-mail that I understood that the service of a consultant was taken by the operator of Delhi airport in 2011-12 for Rs 70 lakh to resolve this issue. It appears that there was a recommendation to widen the exit drain from Terminal-3 to Najafgarh drain. Unfortunately this did not happen for many years. Also said that this time the airport was filled only after half an hour of rain. He said that I hope that you will initiate efforts towards the much awaited need to widen the drainage system to prevent water logging at Terminal-3 of Delhi airport.

After the rain in Delhi on Saturday, all the roads turned into ponds. The roads were like a swimming pool even at the airport of Delhi. Water and water were seen inside and outside the airport. Also the runway was also seen submerged in water.

Also read- Rainfall in Delhi doubled from last year, 46 year record broken, know how the weather will be in 48 hours

‘The era of working in limited circles is over’, Union Minister Jitendra Singh appealed to the ministries to make apps related to agriculture-railway-road transport