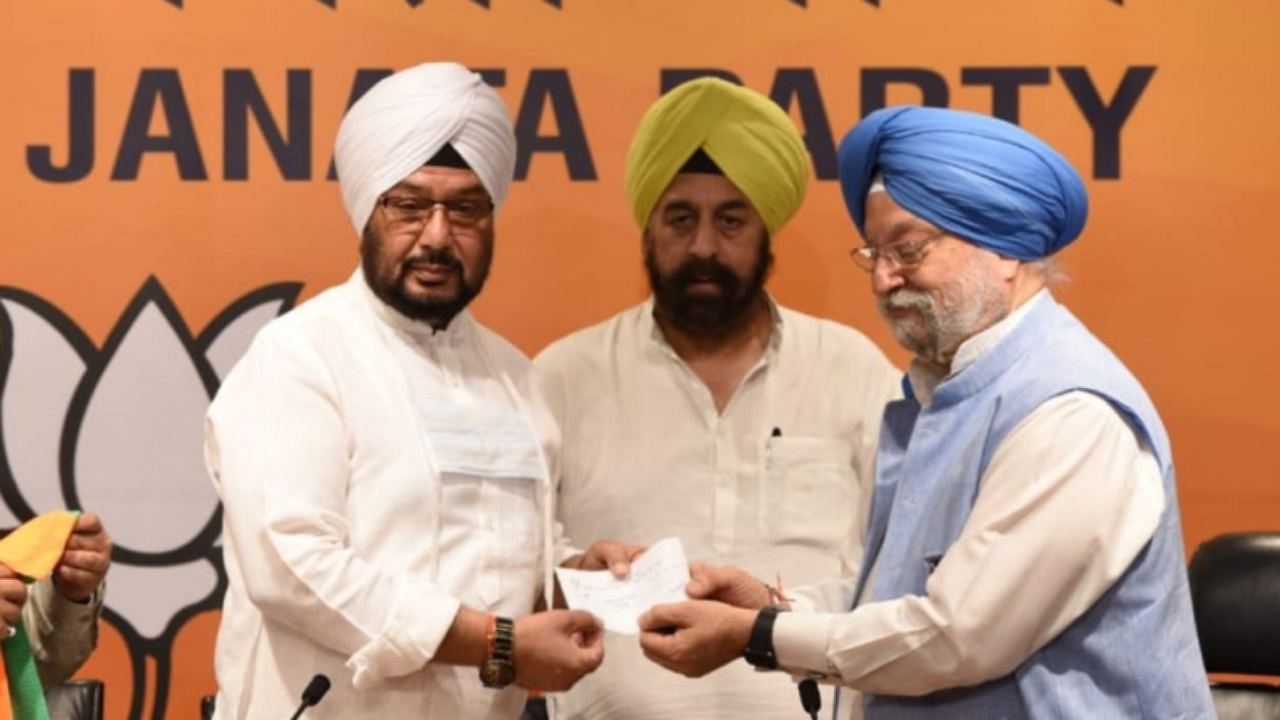 Inderjeet Singh, the grandson of former President of India Giani Zail Singh, has joined the BJP. Inderjit joined the BJP today in the presence of Union Minister Hardeep Singh Puri.

In the presence of Union Minister Hardeep Singh Puri, Inderjit Singh, the grandson of former President of India Giani Zail Singh, has joined the BJP at the BJP headquarters. Inderjit Singh has joined the BJP at a time when assembly elections are due in five states of Uttar Pradesh, Punjab, Uttarakhand, Goa and Manipur next year. Zail Singh served as the President from 1982 to 1987. He was a member of Congress. Operation Blue Star, the assassination of former Prime Minister Indira Gandhi and the 1984 anti-Sikh riots took place during his tenure as President. Zail Singh died in a car accident in 1994.

Hardeep Singh Puri said, ‘In this challenging time Inderjit Singh is joining BJP. This will strengthen BJP in Punjab. With their cooperation, it will also help in fulfilling the dream of PM Modi about Punjab. At the same time, Inderjit Singh said, ‘You all know how Congress has treated Giani Zail Singh ji. Giani Zail Singh ji long ago wanted me to join BJP, today I have made his dream come true. I have already met Atal ji, Advani ji and Madan Lal Khurana ji at the behest of Giani Zail Singh ji.

This news is being updated…

It is not a kissing woman’s lips but a flower… have you ever seen it?