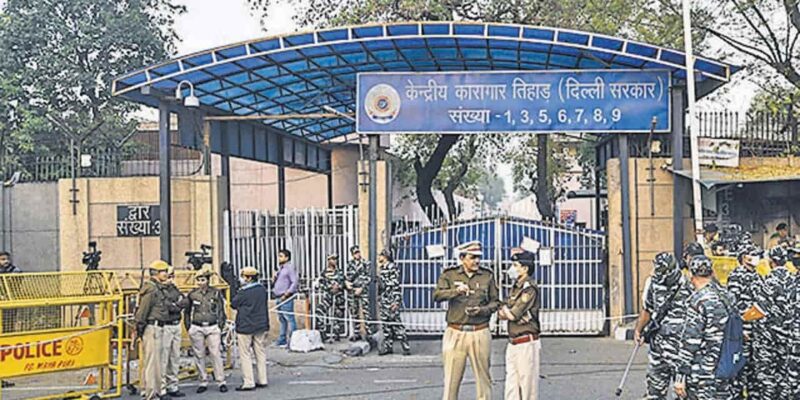 The Supreme Court had directed the Tihar Jail authorities to suspend, register a case against them and conduct a detailed inquiry into the entire matter for their nexus with jailed Unitech’s former promoters Sanjay and Ajay Chandra. An FIR has been registered in this case on Tuesday and the investigation has been handed over to the Crime Branch.

The Supreme Court had also directed Delhi Police Commissioner Rakesh Asthana to conduct an immediate inquiry into the matter. After the investigation, a report was submitted by the Commissioner of Police in this regard on 28 September. The Supreme Court had allowed a full criminal investigation into the matter based on the investigation. After this, an FIR has been registered in the Crime Branch under the Prevention of Corruption Act and relevant sections of the Indian Penal Code.

A bench of Justice DY Chandrachud and Justice MR Shah had directed registration of criminal cases against the officials of Tihar Jail and other unidentified persons under relevant provisions of Prevention of Corruption Act and IPC.

The next hearing in the Supreme Court will be on October 21.

The bench had also directed suspension of the Tihar Jail officials against whom cases would be registered and said that the suspension would remain in force till the proceedings against them were continued. The Enforcement Directorate (ED) had revealed that the Chandra brothers were running their business from jail. The Supreme Court has also taken on record the reports submitted in a sealed cover by the Enforcement Directorate, Serious Crime Investigation Office (SFIO) and Delhi Police and fixed October 21 for the next hearing.

On August 26, the top court had directed the Chandra brothers to be shifted from Tihar Jail in the national capital to Arthur Road Jail in Mumbai and Taloja Jail in Maharashtra after the ED told them that they were running their business from the jail premises in connivance with the jail workers. Huh. The top court, after perusing two status reports of the ED, had said that the Tihar Jail superintendent and other personnel were “absolutely shameless” in colluding with the Chandra brothers by defying the court order.

ED had made these allegations in its report

The ED, which is probing the Money Laundering Act against the Chandra brothers and reality company Unitech, had said in its report that Sanjay and Ajay have made full judicial custody redundant as they are communicating freely, giving directions to their officers. and are doing property business from inside the jail, the jail personnel are supporting them in all these works. Sanjay and Ajay, who have been in jail since August 2017, are accused of allegedly embezzling home buyers’ money.

In October 2017, the apex court had directed the promoters of Unitech to deposit Rs 750 crore in the court’s registry by December 31, 2017. Both the brothers claim that they have complied with the conditions of the court and have deposited more than Rs 750 crore, so they should be released on bail.

read this also- Good News! Now children will also get the vaccine, children from 2 to 18 years got approval to apply the vaccine

Top 5 Topless: Not only Esha Gupta, these actresses are also famous for topless photos in Bollywood, see their posts