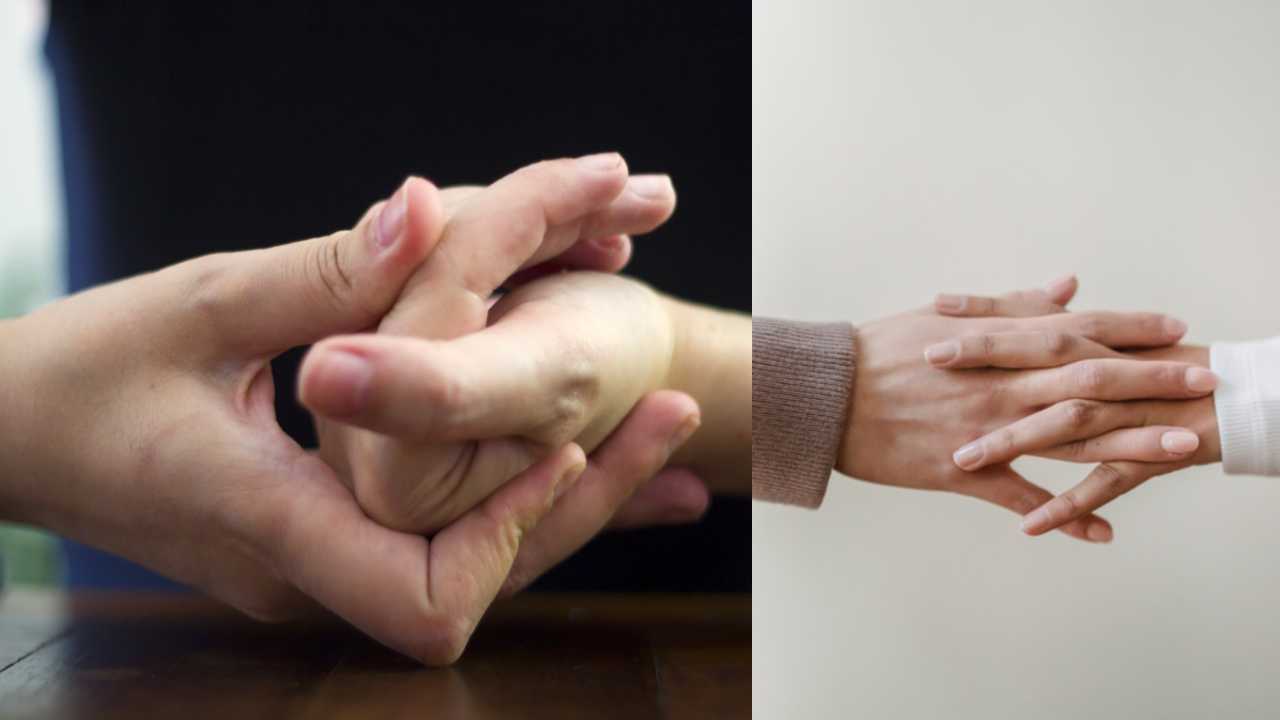 A liquid is filled between the joints of the two bones of the fingers, which acts as a kind of greasing in the bones. This ligament is synovial fluid.

Cracking Knuckles: Do you crack your fingers too?

Often you must have seen people snapping fingers in free time. Maybe you too have a habit of licking your fingers. The elders of the house would often beg to see you snapping fingers! The children of the house are advised not to lick their fingers, but when the same children ask why they should not crack, the elders are unable to answer it!

Sometimes due to nervousness, boredom or emptiness also there is a habit of licking fingers. Often people pluck their fingers once or twice a day. Seeing the elders, small children also start doing this and it becomes a part of their habit. But do you know whether finger snapping is a good or bad habit? Does it have advantages or disadvantages?

Orthopedic surgeon Dr Samarjit Chakraborty has told thehealthsite that doing so is neither a good habit nor a bad habit. It is said that licking fingers can cause problems like fever, joint pain, but according to Dr. Chakraborty, there is no such thing to worry. There is no such scientific evidence, but it has been claimed in many health studies that there may be joint pain or other problems.

Why is there a sound when you snap your fingers?

Many parts of our body are formed by joining of many bones. A liquid is filled between the joints of the two bones of the fingers, which acts as a kind of greasing in the bones. This ligament is synovial fluid and it is necessary for better movement of bones. When the fingers are licked again and again, this ligament starts reducing and the bones start rubbing together. The bubbles of carbon dioxide filled in the bones start bursting. Due to this happening and the rubbing of the bones, the sound comes.

Is it related to joint pain?

By licking the fingers, the muscles around the joints get relaxed, so people crack their fingers and by doing so they feel comfortable. Some health studies have said that frequent finger licking causes strain on the fingers and affects the secretion of ligaments. It can make you a victim of arthritis after a long time due to the rubbing in the bones.

At the same time, doctors say that it has nothing to do with joint pain. In many cases, this can cause joints to become soft and can lead to hyper-mobile joints. Niccol Paganini, the famous violinist and composer of the Classical Era, suffered from Marfan syndrome (hyper-mobile joint), but his fingers were long and he played the violin very easily during that time due to his hyper-mobile joint.

Also read: What is the difference between Right and Lefty? How does the brain of both work?

10 times profit from FD found here in last two years….Know everything about the scheme