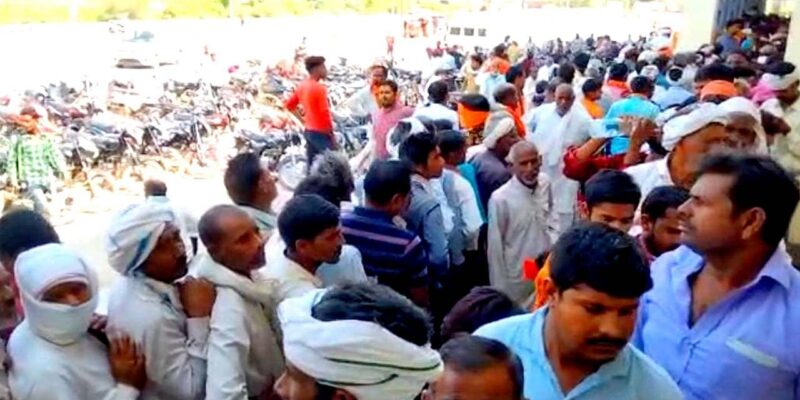 Farmers have to line up for fertilizer in Madhya Pradesh.

In many areas of Madhya Pradesh, farmers have to make long lines for fertilizer. Recently many such pictures have come from Bhind district. But Madhya Pradesh Agriculture Minister Kamal Patel has a different melody. Patel said that a fertilizer crisis is being created to defame the government. He said that the system of distribution of fertilizers is being decentralized in Madhya Pradesh. Due to this, DAP, urea fertilizer will also be distributed through the defaulting cooperatives. On the other hand, CM Shivraj Singh Chouhan has called a meeting regarding the availability of DAP (DAP-Di-ammonium Phosphate).

Giving this information, Agriculture Minister Kamal Patel made a scathing attack on the Congress. He said that manure is available in sufficient quantity in the state. Even today three racks are coming in the state. One of these will reach Gwalior, which will make the supply of fertilizers accessible around Bhind, Morena. Agriculture Minister Kamal Patel said on the Congress’s allegation regarding the fertilizer crisis in Morena that a crisis is being created to defame the government. More fertilizers are being procured than required.

Patel said that 5000 tonnes of manure was available in Morena which was being distributed through double lock system. The defaulter committees of Congress came here and did the work of disturbing the system. Kamal Patel said that there is sufficient stock of manure in the state, no shortage will be allowed for the farmers. In the state, 80 percent urea is being given through the society. By decentralizing the distribution of urea, the distribution of fertilizers will also be done through defaulter institutions so that farmers do not get disturbed anywhere.

These days there is a crisis in Rajasthan too.

This electric scooter will run 1 km in Rs 1, no driving license needed to drive