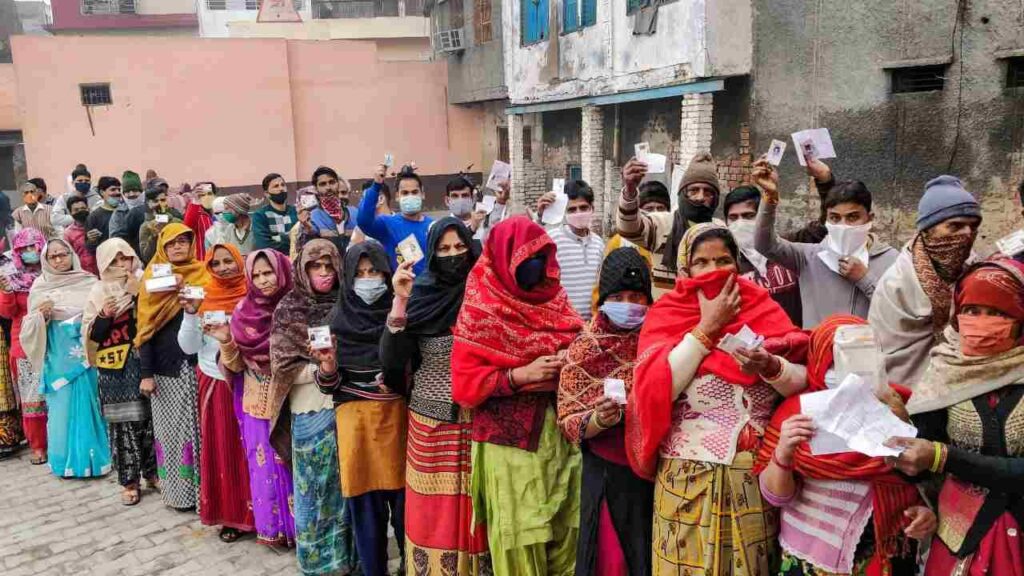 In the first phase of Uttar Pradesh, voting was held in 58 seats in 11 districts today and with this, the fate of a total of 623 candidates was imprisoned in the EVMs. In the Lakhimpur Kheri violence case, Ashish Mishra, son of Union Minister of State for Home Ajay Mishra Teni, got bail from the High Court, but it is reported that a screw has been stuck in it. Today Prime Minister Narendra Modi, UP CM Yogi Adityanath, Congress General Secretary Priyanka Gandhi and Rahul Gandhi also held meetings. Today Top 5 Here we are telling together five such important news of the day, about which it is important for you to know. You can also read the full news by clicking on the link given below the news.

UP Election 2022: Voting took place in 58 seats in 11 districts in the first phase, technical glitches and allegations were also made.

Voting for the first phase in Uttar Pradesh took place on Thursday in 58 seats in 11 districts including Mathura, Ghaziabad, Meerut and Muzaffarnagar. A total of 623 candidates were in the fray for the first phase of elections, out of which 73 are women candidates. The fate of 9 ministers of the Yogi government is at stake in the first phase of elections in UP. Voters have cast their votes and the fate of all the candidates has been imprisoned in the EVMs. There is news from Mathura that RLD President Jayant Chaudhary could not cast his vote.
Click to read the full update of the day

There is tension in the state regarding the Hijab row in Karnataka. Hearing on this entire dispute was held today in a large bench of the Karnataka High Court. A bench of Chief Justice Ritu Raj Awasthi, Justice Krishna S Dixit and Justice JM Kazi of the Karnataka High Court heard the matter. While hearing the matter, the court has said that until the court gives a decision in this matter, the students should not insist on wearing hijab. The court has said that the students will not wear religious dress till the next hearing.
Click to read full news

Ashish Mishra got bail from High Court in Lakhimpur Kheri Violence case, but got stuck

Union Minister Ajay Mishra Teni’s son Ashish Mishra has got bail from the Allahabad High Court in the Lakhimpur violence case. On getting bail to Ashish Mishra in the election environment, now the question is arising whether any party will benefit from this. Eight people, including four farmers, were killed in violence during the farmers’ protest against agricultural laws on October 3 last year in Tikoniya Nighasan assembly constituency. Ajay Mishra Teni’s son Ashish was arrested as the main accused in this case.
Click to read full news

PM Modi said in Saharanpur – People here have decided, will vote for the one who will keep UP riot free

RBI’s digital currency will not be launched in haste, RBI Governor Shaktikanta Das said – precautions are being taken

Reserve Bank of India (RBI) Governor Shaktikanta Das said on Thursday that he will not launch a central bank digital currency (CBDC) in a hurry and refused to give any timeline. Das said that work on the central bank digital currency is going on and RBI is looking at various technologies and mechanisms against cyber attacks. Das said in a press conference after the announcement of the bi-monthly monetary policy that he cannot give a timeline on his digital currency, but he can say that whatever he is doing, he is doing it with utmost care and care. .
Click to read full news