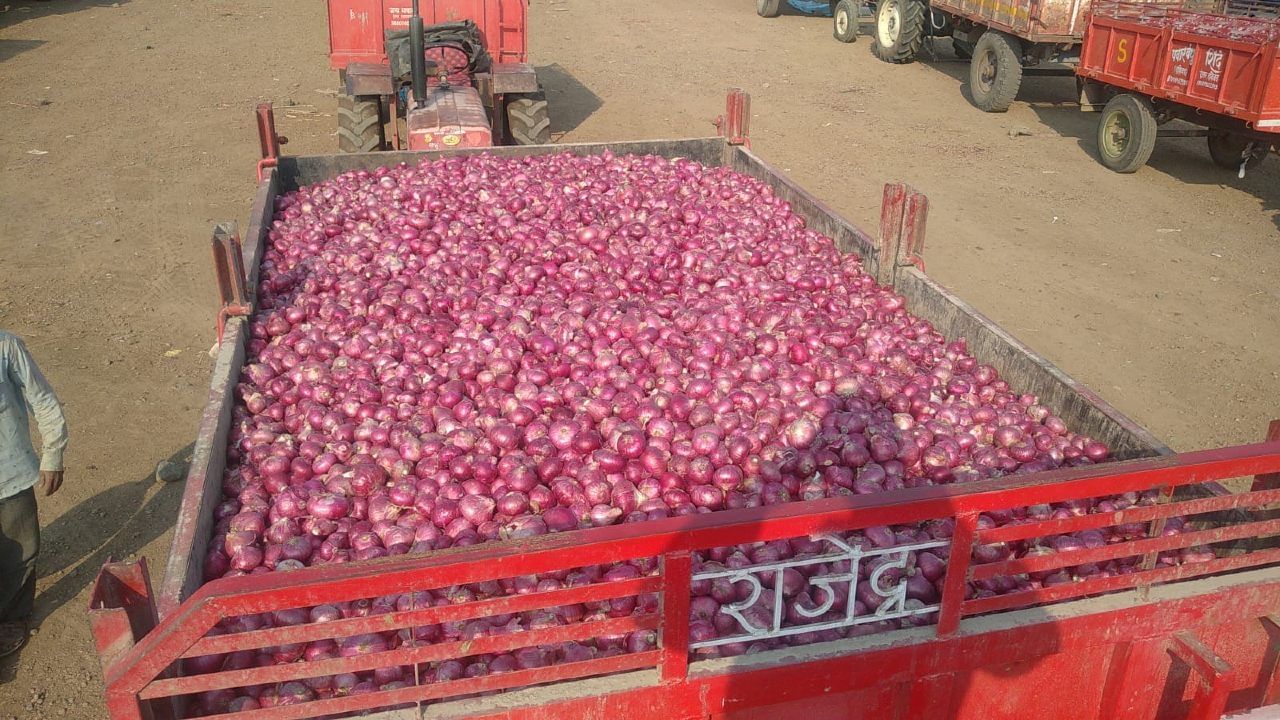 Market Price of Onion: There is still no improvement in the price of Onion in Maharashtra. In Solapur, onion was sold at the rate of Re 1 per kg, while in Aurangabad red onion was found at Rs 160 and in Pandharpur at Rs 200 per quintal. Seeing the continuously falling prices of onions, farmers say that now they will stop cultivating it.

The problem of onion producing farmers in Maharashtra is increasing continuously. Onion prices continue to fall. The situation has become such that farmers are now thinking it better to distribute their onions for free. At present, onion is being sold in the state for Rs 100 to Rs 200 a quintal. Due to this farmers now (Onion) But not all farmers have the facilities to store it, so many farmers are forced to sell onions at low prices. The same few farmers are still bringing red onions to sell in the markets, for which they are getting Re 1 at the rate. Farmers say that we had stored red onion for a few months, because earlier it was getting very little. Now the prices are falling continuously, due to which we have to sell red onions at low prices, because red onions cannot be stored for long.

Talking about the same market price, on the 17th, Aurangabad was priced at only Rs 160 per quintal, apart from this, farmers were getting Rs 200 a quintal in Pandharpur, while red onion is being sold at Re 1 per kg in Solapur due to getting such a low price. Farmer (Farmer)The farmers are worried that if this continues, then we may have to leave the cultivation of onions.

What did the onion farmer say?

Farmer Sawant Suresh Mandal, who hails from Nashik district, told that he got good production from onion cultivation, but due to the fall in prices, all hopes were dashed. The farmer told that he was forced to sell onions at Rs 300 per quintal as he did not have the facility to store it. In such a situation, he had to sell 80 to 90 quintals of onions at a low rate. At the same time, farmers now say that they will not cultivate onions. Most of the emphasis will be on cotton cultivation. In the coming Kharif season, farmers are turning to cotton cultivation the most.

Bharat Digole, president of Maharashtra Onion Growers Association, says that all profits in Maharashtra go to the traders only. They run the market on their own terms. The administration has no control over this. Digole says that there has been a good production of onion this year, but not so much that farmers get the price of Re 1 and Rs 3 per kg. Onion cultivation costs farmers up to Rs 18. In such a situation, farmers are not able to withdraw even their cost. Therefore, if the government declares the minimum support price on onions, then the farmers will be benefitted. President Bharat Digole says that this year Nafed has also bought onions at a very low price.