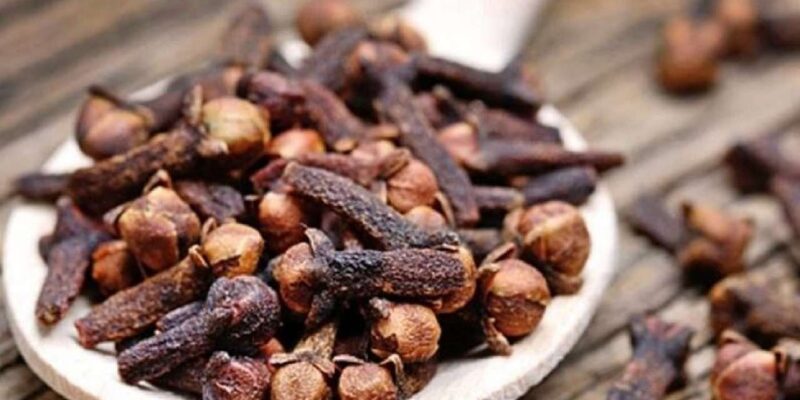 Clove plant is an evergreen plant. Its plant once planted gives yield for many years. Clove is cultivated as a spice crop. Its fruits are widely used in spices. Due to favorable weather conditions, clove is cultivated in Maharashtra. It is cultivated in Konkan region. Clove is cultivated by Konkan Agricultural University at various research centers under the University. And it has shown satisfactory crop growth and yield. Due to this, Konkan Agricultural University as well as District Councils of Konkan provide farmers Giving projects for the cultivation of cloves. And for that clove plants are being distributed. Clove oil is used for flavoring foods as well as in various types of industrial products. Clove oil is used in the use of toothpaste, toothache medicine, medicine for stomach ailments.

Clove cultivation is suitable in those areas of India where the climate is tropical and hot. Long trees require a tropical climate for proper health and strength.
10 degree centigrade temperature is suitable for the growth of clove plant. And in the growth stage of this tree, a temperature of 30 to 35 degree centigrade is required. Its cultivation is not possible in cold and heavy rainfall places.

The clove plant needs to be provided with shade in the first year. While supplying water to the clove tree, care should be taken that the soil remains moist but not soggy. Due to the possibility of swamp borne diseases, to prevent this, instead of a lot of water at a time, a small amount of water should be given several times.

If a two year old plant is used for planting, the clove tree starts flowering after 4 to 5 years of planting. Flowers come in two seasons. The first and most important crop is produced between February and March. In the month of September-October, there is a second and little income. Clove buds appear on new leaves. The buds are ready to emerge in 5 to 6 months after emergence. Not all buds in a bunch are ready to be removed at once.

Rajasthan: 15 people of the gang who made fake post-mortem report without death arrested, many lawyers and policemen are also involved in the gang

UP: Yogi government took a big decision on power crisis, know from what time in the day till what time there will be no cut