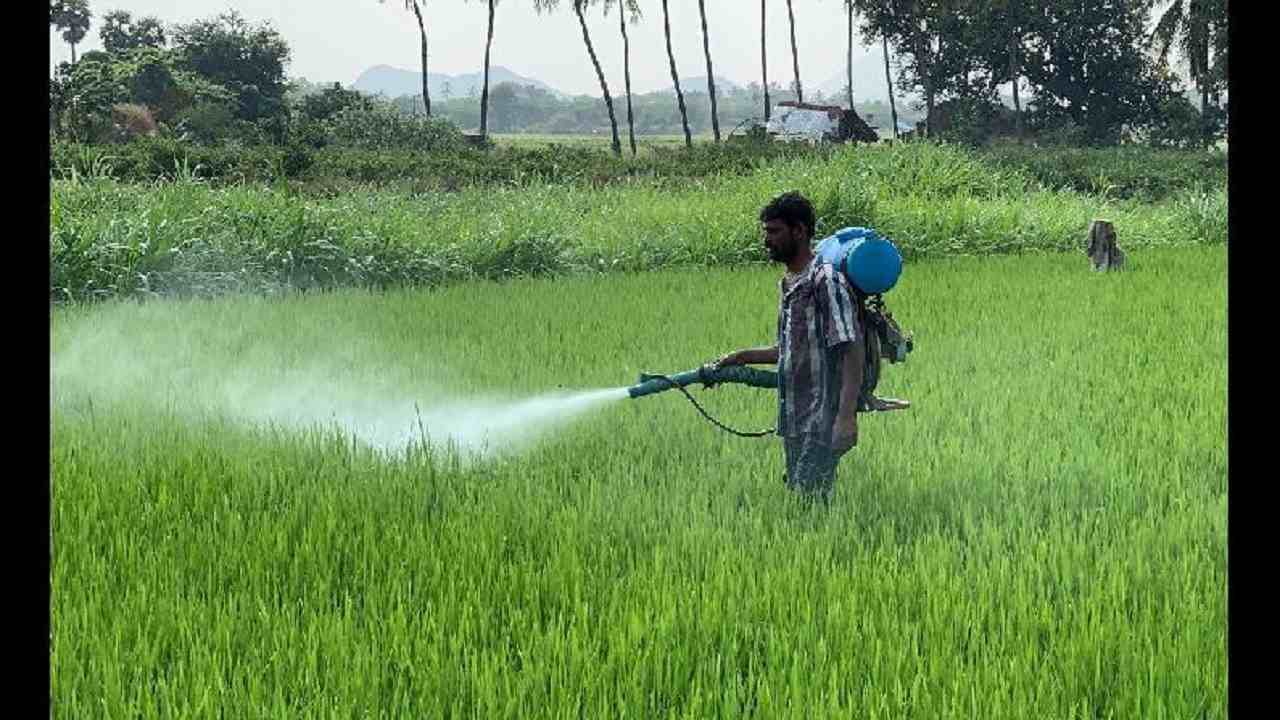 The farmers of Gondia district of Maharashtra are seen in trouble these days. Farmers are suffering due to the effects of various diseases on crops. The farmers of Gondia district had to suffer huge economic losses during the Kharif season last year. With a view to meet this economic shortfall, farmers started farming again this year with new enthusiasm in Kharif season with the hope that they will get good crop this year.

Farmers did sowing by arranging financial and seeds in a similar way. But due to increasing effect of Karpa, Gadmashi and Khodkide on paddy crops, farmers are facing problems. Despite spraying insecticides on the crops, the effect is not reducing, due to which the farmer is stuck in a double crisis.

Now the farmers are worried about whether their cost will go in vain. Such has become the situation of farmers. Even during the Corona period, farmers started producing goods from the field. They were doing farming business even in the circumstances of danger. Last year, due to the flood situation in Kharif season, other crops including paddy of the farmers were washed away.

The farmer had also recovered from the crisis of corona and heavy rains that now the standing crop has started getting destroyed due to the effect of insect diseases. The production of most of the farmers of the district has come down drastically, due to which the farmers are facing economic loss.

What do farmers say?

A farmer living in Gondia district says that this year he had cultivated paddy, but due to various types of diseases and pests on the crops, all his crops have been spoiled, due to which he has to suffer a lot. So on the other hand, due to heavy rains, farming has not been done well this year. Farmers say that this year we had planted paddy crops with great hope, but everything was ruined.

The farmer has become troubled due to the effect of insect and worm disease. Even after spraying expensive insecticides, he does not see any benefit, due to which there is an atmosphere of despair among the farmers. The economic condition of the farmers of the district is not good. Farmers are under the burden of debt.

Also read: Farmers cultivating flowers in crisis now! There has been a huge fall in the prices of marigolds… now farmers have no option but to throw them in the garbage

War broke out again between soldiers and armed civilians in Myanmar, more than 100 civilians fled to Mizoram

France refuses to recognize Taliban’s government, calling it a ‘liar’, said – we will not keep any relationship