Farmers in distress! Now the price of chillies by Re 1 per kg… 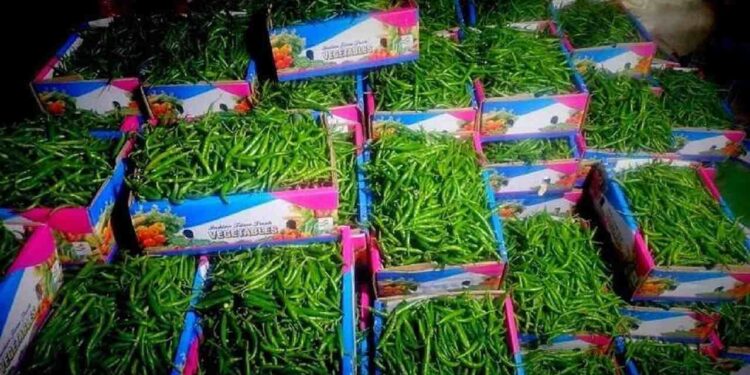 A farmer told NewsNCR Hindi that he had spent Rs 1.80 lakh for chilli cultivation. But the price of chilli is very disappointed to get only 1 to 3 rupees per kg. Chilli crop was grown by spending lakhs but now the cost is not even coming out.

The distress of farmers is not ending. Now the problems of chilli producing farmers have increased. In Maharashtra, the prices have come down to Rs 1-3 per kg. In such a situation, the crisis of the farmers of Nashik in Maharashtra has increased. Farmers have been forced to throw away their chilli crops. Chilli growing farmers of Nashik district taluka Yeola told NewsNCR that chillies have arrived in the market at just Rs 1 to 3 per kg. Due to which the chilli producing farmers are not able to meet their cost. Farmers say that even the cost of transporting them from the field to the market is not being met. Due to which farmers are now cutting the chilli crop standing in anger.

Vegetable prices have come down in Maharashtra, due to which farmers are very upset.

In Maharashtra Nashik, the prices of vegetables have been declining for the last few days. A few days back we saw that tomato growing farmers had also thrown tomatoes on the road in the same way. Farmers were getting lesser prices of tomatoes. And now the farmers growing chillies have also suffered huge losses. Kisno says that at least lakhs of rupees were spent in cultivating chillies. However, now that the prices have come down, farmers are left with no option but to remove the chilli crop.

What do the farmers who grow chillies have to say

Farmer Raghunath Jagtap, a resident of Yeola taluka, told that he had cultivated chillies with great hope because before that the onion production had also suffered the farmers. After which Jagtap had grown chillies in his one and a half acres of land. Raghunath Jagtap told that I had spent 1 lakh 80 thousand rupees for the cultivation of chilli. But I am very disappointed to get the price of chilli in the markets only 1 to 3 rupees per kg. After spending lakhs, I have grown chilli crop but I am not able to meet my expenses. If this continues then farmers will be in complete trouble

So the same farmer Navnath Jagtap said that the price of chilli was getting Rs 3 per kg in the local market. Due to which the price of 9 rupees per kg was found in the mandis of Mumbai, but the cost of production, harvesting and transportation could not be met. She was also disappointed. Farmers say how to feed the family