External Affairs Minister Jaishankar will go to Kuwait on a three-day visit, will also take a letter written by PM Modi. 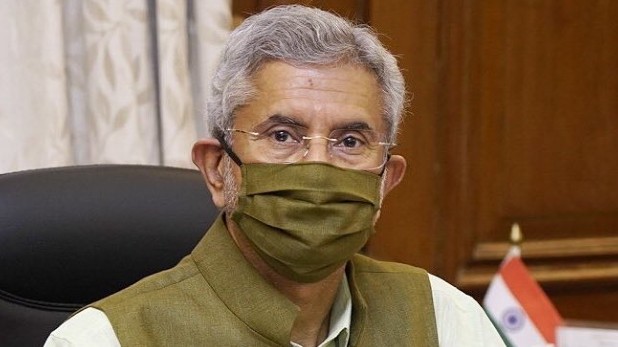 External Affairs Minister S Jaishankar is going to Kuwait on Wednesday on a three-day visit to explore ways to take the bilateral ties forward, where he will be met by Prime Minister Narendra Modi by Kuwaiti Emir Sheikh Nawaf Al-Ahmad Al- Will also take a letter written for Sabah. This will be Jaishankar’s first visit to Kuwait as foreign minister. The Ministry of External Affairs said that “External Affairs Minister Dr. S. Jaishankar will visit Kuwait on June 9-11 at the invitation of Sheikh Ahmed Nasser Al-Mohammed Al-Sabah, Kuwait’s Minister of Foreign Affairs and Minister of State for Cabinet Affairs.” “During the visit, he will hold high-level meetings and will also address the Indian community in Kuwait,” the ministry said.

Jaishankar will also carry a personal letter written by the Prime Minister to the Emir of Kuwait. The visit comes nearly three months after the two countries decided to set up a Joint Ministerial Commission to work out a roadmap to strengthen ties in areas such as energy, trade, investment, manpower and labor and information technology.

Nearly one million Indians in Kuwait

Kuwaiti Foreign Minister Sheikh Ahmed Nasser Al-Mohammed Al-Sabah visited India in March, during which both sides decided to set up a joint commission. The year 2021-22 saw the establishment of diplomatic relations between India and Kuwait. It’s anniversary. About one million Indians live in Kuwait. India is one of the largest trading partners of Kuwait and is a major supplier of oil to the Gulf country India.

Earlier, External Affairs Minister S Jaishankar spoke to his counterparts in Saudi Arabia and Kuwait on Wednesday, focusing on the corona virus epidemic. After talks with Saudi Foreign Minister Faisal bin Farhan Al-Saud, Jaishankar had said that India-Saudi cooperation is contributing in this “difficult time”. Jaishankar tweeted and thanked the Foreign Minister of Saudi Arabia for the phone call made to express solidarity with India.