Export of black salt rice starts, crores of farmers will get big benefit, Basmati will get a competition?

Singapore, Dubai and Germany have ordered black salt rice, popularly known as Buddha Rice, 11 districts of Purvanchal have got its GI tag, only the farmers here have the right to produce and do its business.

11 districts of Purvanchal have got GI tag of black salt

In the list of the most backward districts of the country, the effort has started to change the picture of agriculture in Purvanchal from Siddharth Nagar of UP, which is number 7 in the list. The export of Kala Namak Rice has started here. 11 districts of this region have got Geographical Indication (GI) tag of black salt. While it has also been declared as a District One Product (ODOP) of Siddharth Nagar, Gorakhpur, Maharajganj, Basti and Santkaribar Nagar. This is the new identity of these districts. Experts in the agriculture sector say that as Basmati rice has emerged as a major power of farmers in Haryana and Punjab, similarly black salt will work to change the picture of Purvanchal. This ancient variety of rice beats Basmati in all three respects, price, specialty and taste.

Purvanchal is the Karmabhoomi of UP Chief Minister Yogi Adityanath. He himself is a fan of Kalanamak. In such a situation, agricultural scientists are hoping that CM will leave no stone unturned to make black salt the brand of this area. This rice has immense export potential. Because it is historically associated with Gautam Buddha. Promoting it in countries such as Cambodia, Thailand, Myanmar, Bhutan, Sri Lanka, Japan, Taiwan and Singapore can benefit greatly, where Buddhists are more adherents. The sugar in this rice is very less and there is a good amount of zinc.

How much was the export?

Renowned agricultural scientist Prof. Ramchet Chaudhary has got black salt rice recognized globally. He has been the Chief Technical Advisor in the Food and Agriculture Organization (FAO) of the United Nations. Pro. According to Chaudhary, black salt has been exported during the British rule. But for the first time after independence, 200 quintals went to Singapore in 2019-20. The people there liked it. Then 300 quintals were sent here. 20 quintals have been exported to Dubai and one quintal to Germany. Its price has been found 300 rupees per kg. 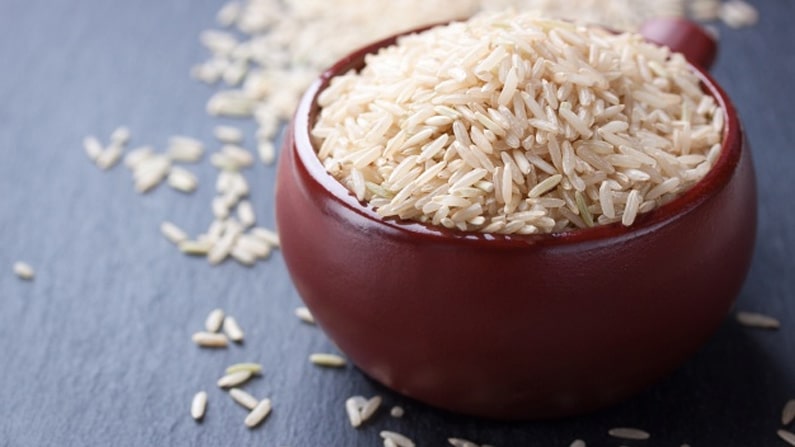 So far, only Basmati is branded outside the country. symbolic photo

It is said about black salt paddy that it is being produced in Bajaha village of Siddharthnagar since the time of Gautam Buddha. Pro. Chaudhary said that it is mentioned in the travelogue of the Chinese traveler Fahien. The rice derived from this paddy is full of aroma, taste and health. Vardapur block, about 15 km from Siddharthnagar district headquarters, is the stronghold of its production. During the British period, it was cultivated the most in Burdpur, Naugarh and Shohratgarh blocks. British landlord William Bird had settled Burdpur.

black salt and its legal right

Basti, Sant Kabirnagar, Siddharthnagar, Bahraich, Balrampur, Gonda, Shravasti, Gorakhpur, Deoria, Kushinagar and Maharajganj districts have got its GI (Geographical Indication) tag. These districts can both produce and sell black salt rice. People of other districts can grow it for food but cannot do business in the name of black salt.

Geographical indications are used for products that have a specific geographic region of origin. The distinctive feature and prestige of these products is also due to this core area.

Apart from taking GI, this rice has also been registered under Protection of Plant Variety and Farmers Right Act (PPVFRA). So that no one else can use the name of black salt rice.

Is there a growing interest among farmers?

Chaudhary said that till 2009 it was being cultivated in 2000 hectares in Purvanchal. Now it has an area of ​​more than 45000 hectares in 11 districts that have got the GI tag. Siddharthnagar has the largest area. After the black salt paddy became dwarf, the yield increased and the farmers started coming in profit, then the area started increasing.

At present, the target is to take it to 1 lakh hectare. Its price is more than Basmati. That’s why farmers should start its cultivation and earn profit. This can become a big weapon to double the income of farmers in Purvanchal. This is a product of its own in this region.

Farmers will get help

After declaring black salt rice as ODOP of five districts, now the government will focus on its production and business in these districts. The government is giving a grant of up to Rs 15 crore to set up Common Facility Centers (CFCs) in the districts. Through this, farmers will be helped in production, storage, processing, branding, marketing and export. 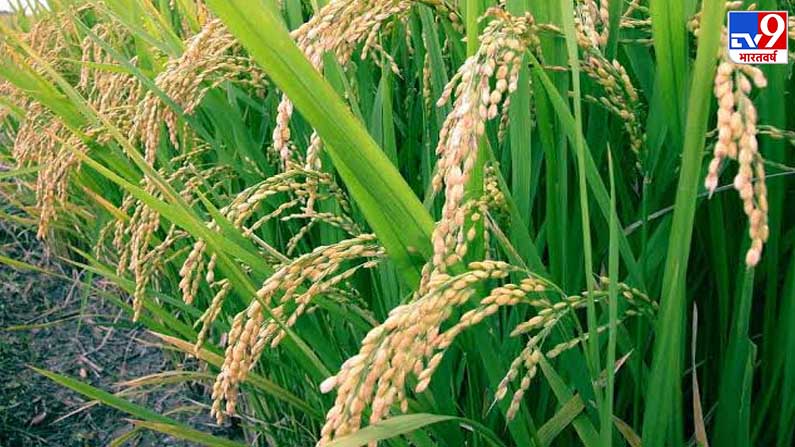 There are about 60,000 species of paddy in India. (indicative)

The story of stem shortening and increasing yield

Black salt paddy has existed since ancient times, but it was not commercialized. For this Prof. Ramchet Chaudhary started research. He says that then some 250 types of samples were collected in Siddharthnagar. The height of their plants was different. There were also some varieties that did not smell. The best of these varieties was caught in 2007. It was purified. In 2010, the central government notified the production of seeds in the name of KN-3.

According to Chaudhary, there were some problems in this too. As such the stalk remained traditional (from 1.5 to 2 meters). That’s why he used to grow tall, he used to fall. Had to cut by hand. In this only 10 quintals of paddy was produced per acre.

Then the work of dwarfing it was started. In the year 2016, it was successful in making its height 90 centimeters. It was named Dwarf Black Salt-101. In this, the yield increased to 20 quintals per acre. However, there was something wrong with this too. There was little smell in it. The color of the husk was turning brown instead of black. In this, toad was being born on top of the grain.

After this, research started on the new variety. It was ready in 2017. There was no break on the grain of the paddy. The smell had also arrived and the color of the husk had become thick. It was named Dwarf Black Salt-102.

This cycle continued even further. In 2019, a variety named Kala Namak Kiran was prepared. The color of its husk was thick. The yield went up to 22 quintals per acre. It started getting ready in 140 days, 10 days before the normal paddy. In terms of aroma, taste, nutrients and cost, this species stood out the best.

Also read – Big news for farmers – ‘Atma’ scheme is helping to double the income, know everything about it