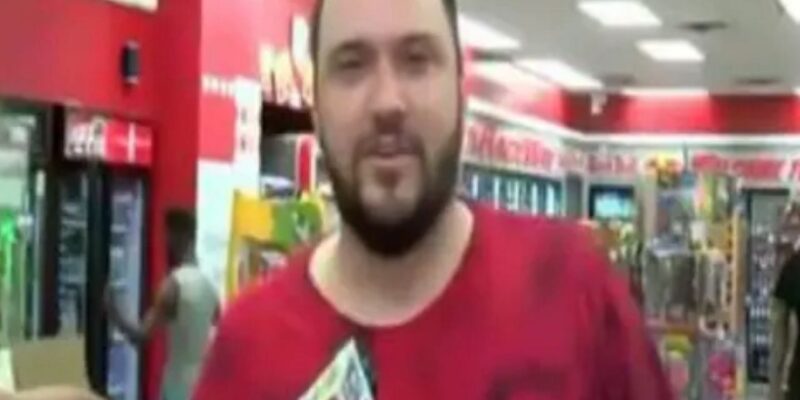 Even before winning the lottery, the person made a strange announcement

Even before winning billions of rupees in the lottery, an American man said such a thing on national TV that even the ears of the police stood up. This person has been covered in social media due to his strange announcement. When the TV reporter asked what he would do with this much money, the video of this man’s answer has gone viral on Twitter.

Everyone dreams that he too has his own luxurious house, a car, a lot of money so that he can buy all the things he needs. But some people’s dreams are such that their mind is baffled by hearing them. In the past, something similar was seen during an American TV show. In the show, a person named James told that he has bought a lottery ticket, which has a reward of $ 700 million (Rs 52 billion in Indian currency). When the reporter asked James what he would do after winning this much money, James said that he would buy 5 kg of cocaine with this money. Let us tell you that James was a drug addict and he also had a dream related to this. This strange answer of James surprised both the viewers and the reporter of the show.

Let us tell you that KSLA TV reporter Corey Johnson was then live from the center selling this lottery. After winning money from people who came here to buy tickets, she was regretting about her further planning. During this time he got James, on which he made this strange announcement on National TV. Explaining in detail, James said that he would first buy an expensive car and buy 5 kg of cocaine. The reporter was surprised on hearing this.

By the way, the talk of James buying drugs on National TV caused a sensation. However, reporter Corey somehow managed the matter and changed the topic. After this she started asking James about his dream car. But the video of this conversation between Corey and James is now going viral on Twitter.

While the police have started looking for James, many users found this interview very funny. However, many users have also praised Corey’s presence of mind. Because the way he turned James from cocaine to car on national TV is commendable.

T20 WC 2021: IND vs PAK returns before ‘chance-chance’, Pak fans are getting free TV to burst

Shivraj government bowed after the protest of MP Sadhvi Pragya Thakur regarding the sterilization of bulls, took the order back