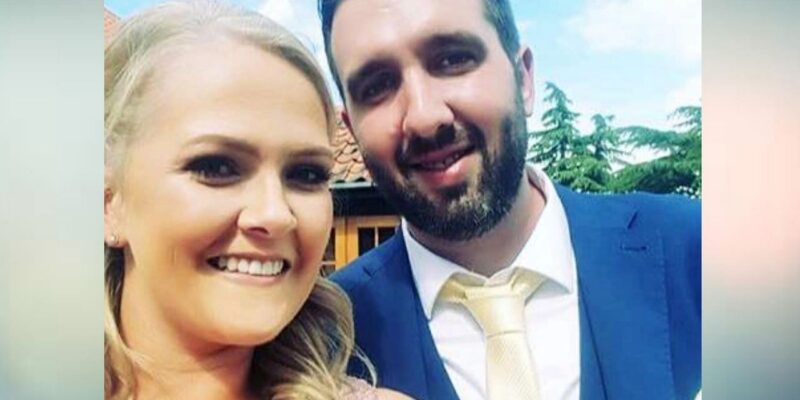 Cara Donovan, who broke her elbow

In Britain, it was costly for a woman to dance on the dance floor. The woman slipped and fell and broke her elbow. This woman has filed a case of 1.5 crores on the event organizer.

If there is a wedding party and there is no dance floor, then all the fun becomes gritty. There is something else about dancing to loud music in a party function. But in Britain, it was costly for a woman to dance on the dance floor. This woman was dancing during the wedding, when her foot slipped and the elbow of her hand was broken. This woman has now filed a case of £ 150k (one and a half crore rupees in Indian currency) on the event organizer.

According to the report of the website The Sun, the incident happened with 35-year-old Kara Donovan in Lige Priory, Essex. Kara had come here to attend a wedding at the famous Tudo Mansion. This mansion is considered to be one of the most luxurious wedding halls in the country. From the interior, all those facilities will be available here, which is enough to make an event look great. This mansion was built in the 16th century. But Kara’s experience here was not good. The case is of 2018, but the woman has now gone and sued the event organizer.

The Tudo Mansion also has a wonderful dance floor. Let us tell you that Kara was dancing with her husband at this place. But due to the spread of drinks on the dance floor, the slipping became more. On which the car slipped and fell as soon as it fell. He broke his elbow in this accident. To recover from this injury, Kara had to undergo three operations. However, Kara says that even after undergoing so many operations, the pain in her hand continued.

According to the report, Kara has now filed a case of 1.5 crores on Country House Weddings Limited. This company runs the marriage hall in Tudo Mansion. Cara’s lawyer says that drinks could not be carried on the dance floor, as there was a risk of Flo being slippery. Whereas in the advertisement of the wedding venue, people can be seen dancing with drinks. However, so far there has been no response from the event company on this. At the same time, no investigation has started regarding the matter.

‘Nana’ heavy on ‘Dada’ in Mahavikas Aghadi, Zilla Parishad elections proved that Congress is the elder brother among the three parties involved in the government