Efforts will continue to bring fugitive Mehul Choksi to India, the Ministry of External Affairs clarified 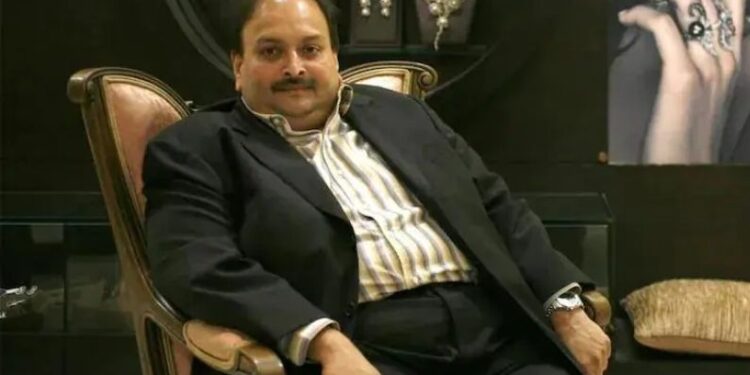 Mehul Choksi’s lawyer Vijay Aggarwal has said that Mehul cannot be sent back to India as the date on the letter is May 25 and it was first told on May 26 that he is in Dominica.

Regarding bringing back fugitive businessman Mehul Choksi from Domenica, the Ministry of External Affairs has said that efforts are on for this. Foreign Ministry spokesperson Arindam Bagchi said in his press briefing on Thursday that there is no new update regarding Mehul Choksi this week. He is still in the custody of Dominica. On the other hand, regarding the extradition of Nirav Modi from UK, accused in the PNB scam, the Ministry of External Affairs said that efforts are on, he will be brought to India soon.

Meanwhile, Antigua and Barbuda cabinet held brief discussion on Mehul Choksi’s case. The cabinet held a brief discussion on the Choksi case, the investigation into his kidnapping claim, and the decisions made so far by the Magistrate and High Court of Dominica. Authorities in Antigua continue to investigate Choksi’s claim that he was kidnapped in Antigua. it was done. Because kidnappings are not a commonly reported crime in Antigua, no effort is being made to uncover all the facts of this alleged kidnapping.

Mehul Choksi’s lawyer Vijay Aggarwal has said that Mehul cannot be sent back to India as the date on the letter is May 25 and it was first told on May 26 that he is in Dominica. This means that the Dominican government knew who Mehul Choksi was and this news came out on 26 May. Agarwal said that this letter is in our favor. It shows two things either it is old or was prepared in advance. This is because the Dominican government knew that he would come from Antigua to Dominica.

It has been said by the Ministry of Home Affairs of Dominica that according to the law of Dominica, Mehul Choksi has been declared an illegal immigrant. Steps will be taken as per law to expel Choksi from the country. A court in Dominica has stayed the extradition of Choksi. Choksi has also filed a bail application in Dominica.

Also read: The last date for online nominations for the Padma Awards for 2022 is September 15, apply like this