Eat roti or rice at night? Before making today’s dinner, know what is right for health 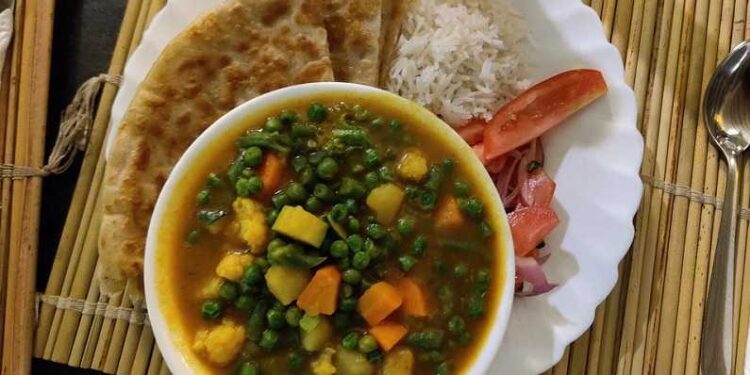 In many parts of the country, bread is given more priority, so in many parts people do not consider their meal complete without rice. One thing is clear from this that Indians want one thing out of roti or rice.

By the way, there is not much difference between rice and roti.

If we talk about India, then most people use mostly roti or rice in their food. In many parts of the country, bread is given more priority, so in many parts people do not consider their meal complete without rice. One thing is clear from this that Indians want one thing out of roti or rice. Indians eat both roti and rice with great fervor, but the debate continues as to which of the two is more beneficial for your health.

At the same time, this debate is more about dinner whether it is better to make rice for dinner or to eat roti. In such a situation, today we try to know whether eating roti at night is more beneficial or rice. Also, know which elements are found in both, which are also necessary for your health.

By the way, there cannot be much difference between rice and roti. If we talk about the beneficialness of the body, then it depends on many things, including the condition of your body, your digestive system, weight, lifestyle etc. If we talk about nutrition in both, then sodium is very less in rice, while 120 grams of wheat contains up to 190mg of chapati. In such a situation, you can choose it according to the need of sodium in your body.

What is special about rice?

According to a report in Times of India, rice has less fiber, protein and fat than roti. The amount of calories in it is high and its quantity has to be taken more to fill the stomach. However, due to the starch content in rice, it is quite easy to digest, whereas it is not so with roti. Rice also contains a water-soluble vitamin, which is good for your health, but most of the rice available in the market is polished, due to which the vitamin is not available in the rice.

What is special about roti?

The amount of fiber in roti is high and it also contains high amount of protein etc. Also, eating roti once, you do not feel hungry for a long time. It contains good amount of calcium, magnesium, phosphorous and sodium. If you are thinking of losing weight, then roti can prove to be more beneficial for you.

Then what to eat?

According to experts in the report, it has been said that eating roti instead of rice at night can prove to be more beneficial, but it takes a little more time to digest it. In such a situation, you can have pulses, curd at night. You can eat roti with vegetables etc., but if it is so that you need to eat rice, then you can also eat rice. For example, if you come from a state where rice is consumed in large quantities, then rice can also be eaten, but you should consume it in the form of khichdi, in which also try that the quantity of pulses is high. While eating rice, you have to take special care of portion control.

Also read- Camphor of 2 rupees can change your life, only a few people know its miraculous properties