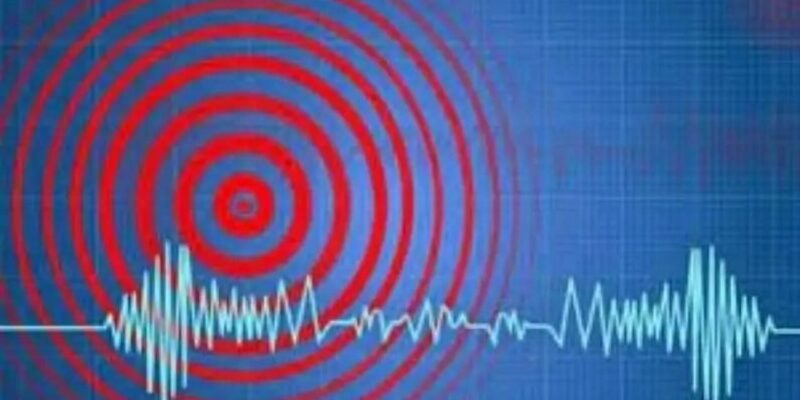 Earthquake tremors have been felt in Kolhapur, Karnataka. The magnitude of the earthquake was measured at 3.2 on the Richter scale. According to the information, the earthquake occurred at 6 pm on Thursday. The National Center for Seismology gave this information. However, there is no news of any kind of damage in it.

Earlier on 12 October, earthquake tremors were also felt in Gulbarga, Karnataka. Whose intensity was measured 3.5 on the Richter scale. Since October 1, the North Karnataka region near Bidar and Kalaburagi has been hit 7 times by earthquakes. Out of this, two earthquakes struck Basavakalyan on October one and five and four times in Kalaburagi on October 9, 11 and 12.

There was also an earthquake in Arunachal Pradesh

Protect yourself in this way in case of earthquake

1- Feel the tremors of the earthquake, in the same way, sit under a strong table and hold it tightly.
2- Stay seated until the shaking continues or you are sure that you can get out safely.
3- If you live in a high building, then stay away from the window.
4- If you are in bed, stay there and hold it tightly. Keep a pillow on your head.
5- If you are outside, then go to an empty place ie away from buildings, houses, trees, electric poles.
6- If driving a car, slow down the car and park it by taking it to an empty place.
7- If you are outside, on the road or in the market, then reach a nearby field or open place.
8- Do not stay close to tall buildings and move away from them.
9- If you are stuck inside somewhere, do not run, it can cause more strong tremors.
10- Try to stay away from trees and electric wires.

The woman was surprised to see the family of snakes, immediately called the rescue team

Before the T20 World Cup, Virat Kohli’s crooked reply on taking Rishabh Pant in the team, said – I have enough keeper