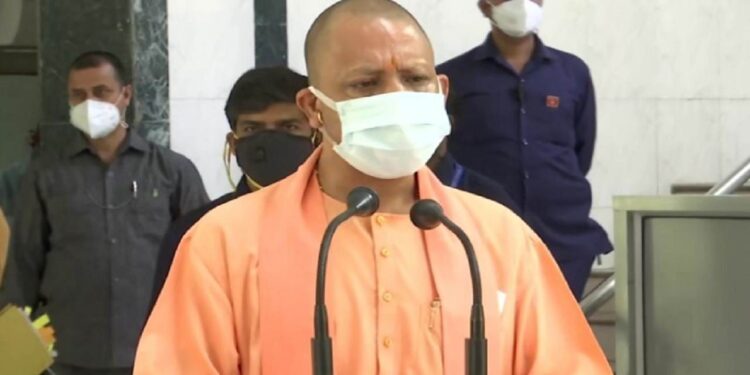 Attacking the previous government, Yogi Adityanath said that between 2007 and 2016 only about 95 thousand crore rupees were paid to the farmers in the state in exchange for sugarcane and many irregularities were seen in that too.

Speaking at a program in Kushinagar on Sunday, Uttar Pradesh Chief Minister Yogi Adityanath said that when today’s opposition was in government, they just killed the rights of farmers and we are giving them respect. We gave Samman Nidhi to the farmers, paid the highest cane price. He also said that our government is working for the interest of the farmers.

Sugarcane price payment errors were made

Attacking the previous governments, Yogi Adityanath said that between 2007 and 2016 only about 95 thousand crore rupees were paid to the farmers in the state in exchange for sugarcane and many irregularities were seen in that too. He further said that the present government has paid more than one lakh 42 thousand 366 crore rupees to 45 lakh 74 thousand sugarcane farmers.

He also said that during the period 2012 to 2017 an average of 123.6 lakh metric tonnes were procured in the state, which has now increased to 214.56 lakh metric tonnes. During the tenure of the present government, there has been an increase of 96.95 percent in the distribution of crop loans as compared to the previous government.

On Sunday, when Chief Minister Yogi Adityanath was addressing the gathering in Kushinagar and Sant Kabir Nagar, at the same time, BJP MP from Pilibhit in Uttar Pradesh, Varun Gandhi wrote a letter to CM Yogi Adityanath for the farmers. Through this letter shared on social media, Varun Gandhi has made 7 demands in support of farmers. He demanded to give subsidy of at least Rs 20 per liter on diesel to the farmers and increase the sugarcane price to Rs 400 per quintal.

In the letter, Varun Gandhi also wrote that it is commendable that you have got the highest cane price paid, but the money for this session is still outstanding. He also demanded to give bonus per quintal of wheat and paddy.

Also read: A farmer from Alirajpur makes wine from mango, watermelon and lemon, being used in the treatment of pneumonia in tribal areas!