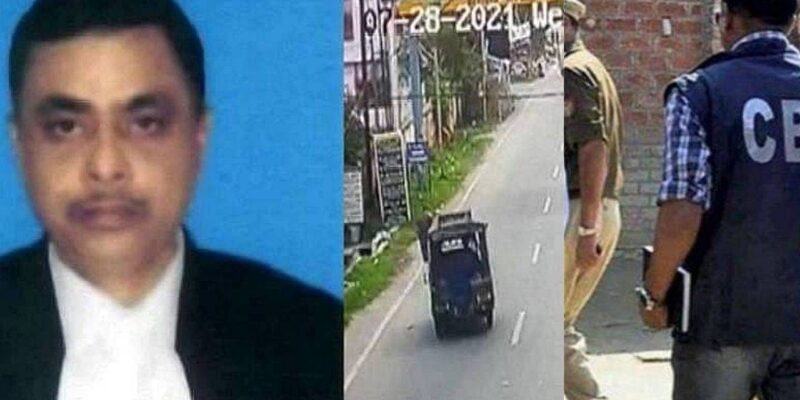 Dhanbad judge Uttam Anand’s deathJudge Uttam AnandCBI probing the case of (CBI) Jharia MLA Purnima Neeraj Singh (MLA Purnima Neeraj Singh) will interrogate brother-in-law Harsh Singh. Had also gone to Dhaiyya residence in Dhanbad to call Harsh Singh for questioning, but due to not staying in Dhanbad, the CBI team could not meet Harsh Singh, after which information was given to Harsh on mobile phone regarding the notice. Is.

It is noteworthy that on July 28, during the morning walk, Judge Uttam Anand was hit by an auto, after which he died on the way to the hospital. The responsibility of investigation in this suspicious case has been handed over to the CBI. The CBI has arrested auto drivers Lakhan Verma and Rahul Verma in this case. Both the accused are in their police remand till 11 am on October 11.

It is noteworthy that the trial of Ranjit murder case was being held in the court of Justice Uttam Anand itself. Harsh Singh is accused of conspiring to kill Ranjay Singh of Jharia. In this case, the Saraidhela police has also filed a charge sheet against Harsh in the court, but in this case, Harsh is still out on bail. CBI is investigating the file of Ranjay Singh’s murder case. Along with Harsh, the police will also interrogate the alleged shooter Nand Kumar alias Mama, who shot Ranjay. Nand Kumar is currently lodged in Ranchi’s Hotwar jail and a CBI team will come to Ranchi Hotwar for questioning.

CBI has not got any concrete evidence yet.

The CBI has not yet got any concrete evidence in this case. The CBI says that the arrested accused are constantly changing their statements. To recover the number plate of the auto, it is necessary to find out where the accused broke the number plate and threw it. What was the motive behind the auto theft? Who helped him in this case? CBI wants to inquire about it.

Ahead of the festive season, a triple blow of inflation to the common man, LPG, CNG- PNG and Petrol-Diesel prices caught fire

Boys bought ATM machine from junk, got so much money after breaking that their senses were blown away