Despite the record production of Kharif crops, there will be no effect on inflation nor on the income of farmers. 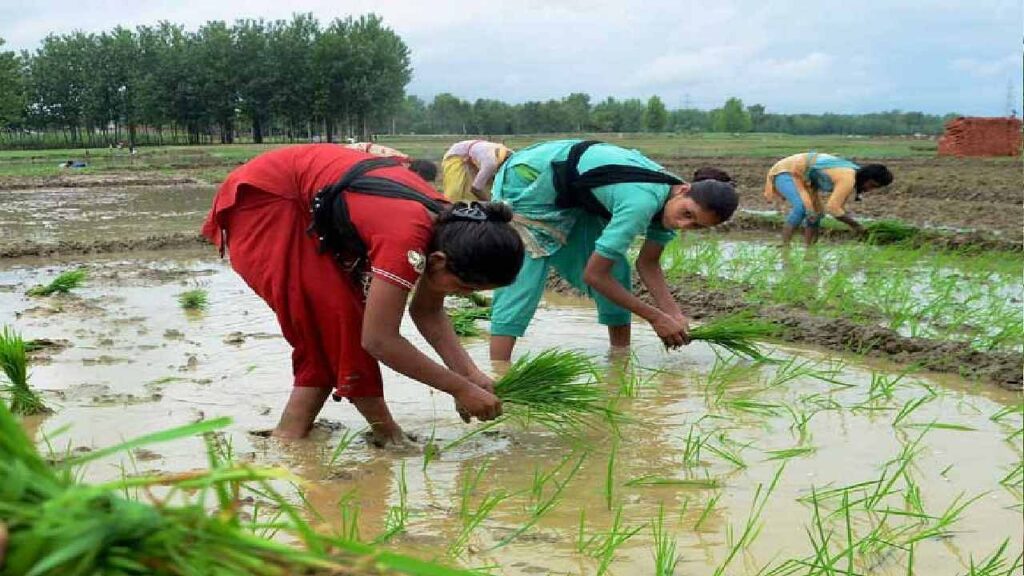 Farmers do not get the right price for the production.

India, the agricultural country of the world, has been facing farmer agitation for the past several months due to new agricultural laws. However, in the meantime, according to the initial estimates of the government, this year the production will set a new record in the Kharif season. But the question is whether there will be any improvement in the income of farmers due to better production of Kharif crops. Looking at the reality of the market at this time, it does not seem that this will show any significant improvement in the income of the farmers.

If we look at the data of the preliminary estimates released by the Ministry of Agriculture, a record food grain production of 1505 million tonnes can be achieved in this Kharif season. Whereas last year 149.5 million tonnes was produced. Obviously, this production can also help in controlling food inflation. However, if this production is not managed properly, then in the coming time the price of such heavy agricultural produce may be less than the MSP fixed by the government. At present, 8 out of 12 major crops grown in Kharif are priced less than their fixed MSP. There are only four crops which are benefiting the growers.

Families who earn their livelihood from agriculture will find it difficult

Even after having a good yield, if it does not get the right price, then the farmer families who earn their livelihood from agriculture will be directly affected by it. According to a report published in Business Standard, the National Statistics Office’s report on the Estimation of Agricultural Households in 2018-19 shows that the population of farmers in the country who earn 50 percent of their total income from agriculture on a regular or full-time basis. Their number is about 4 crores. Whereas official figures indicate that this number could be between 9 and 15 crores. Under the Pradhan Mantri Kisan Samman Nidhi or PM Kisan Yojana, about 11 crore farmers are getting financial benefits. Along with this it is also important to know that 50% dependence on agricultural income is possible only when the area of ​​the farmer is more than 2.5 acres.

Most of the farmers get the benefit of government procurement or subsidy, whose area is more than two and a half acres. But there are most of the farmer families in the country who do not have that much land. So they do not get much benefit from it. Along with this, agricultural workers do not get benefit from agricultural schemes. The government should also make arrangements for this. For example, we can see Odisha where agricultural laborers are given assistance. If that model is studied and implemented in the whole country, then a large number of agricultural workers will get its benefit. Unless we are able to directly benefit the agricultural workers, it is difficult to overcome the crisis in the agriculture sector. The latest employment surveys show that the number of agricultural workers has increased significantly in recent years. This has also happened because of the pandemic. Because laborers from big cities have left their work and moved to the village and due to lack of land here they are forced to do agricultural labor with big farmers.

Will major crops get the necessary price support?

If the necessary price support is not provided by the government to the major crops on time, then the crisis for the farmers will get worse. However, it is expected that in the coming times, the assembly elections are to be held in the agricultural states like Uttar Pradesh and Punjab, then perhaps the government may take such a step to remove the displeasure of the farmers. However, after this there are assembly elections in other states and in 2024, it is clear from the Lok Sabha that both the central and state governments will not want the farmers to be upset with them.

India has another opportunity to increase the income of farmers. In fact, international prices of most agricultural commodities, including food, are expected to firm up, as the United Nations Food and Agriculture Organization’s Agricultural Jeans Price Index has increased due to inclement weather in major exporting countries, including the US and Brazil. is visible. If India takes advantage of this opportunity properly, then it will be able to increase the income of the farmers of its country.