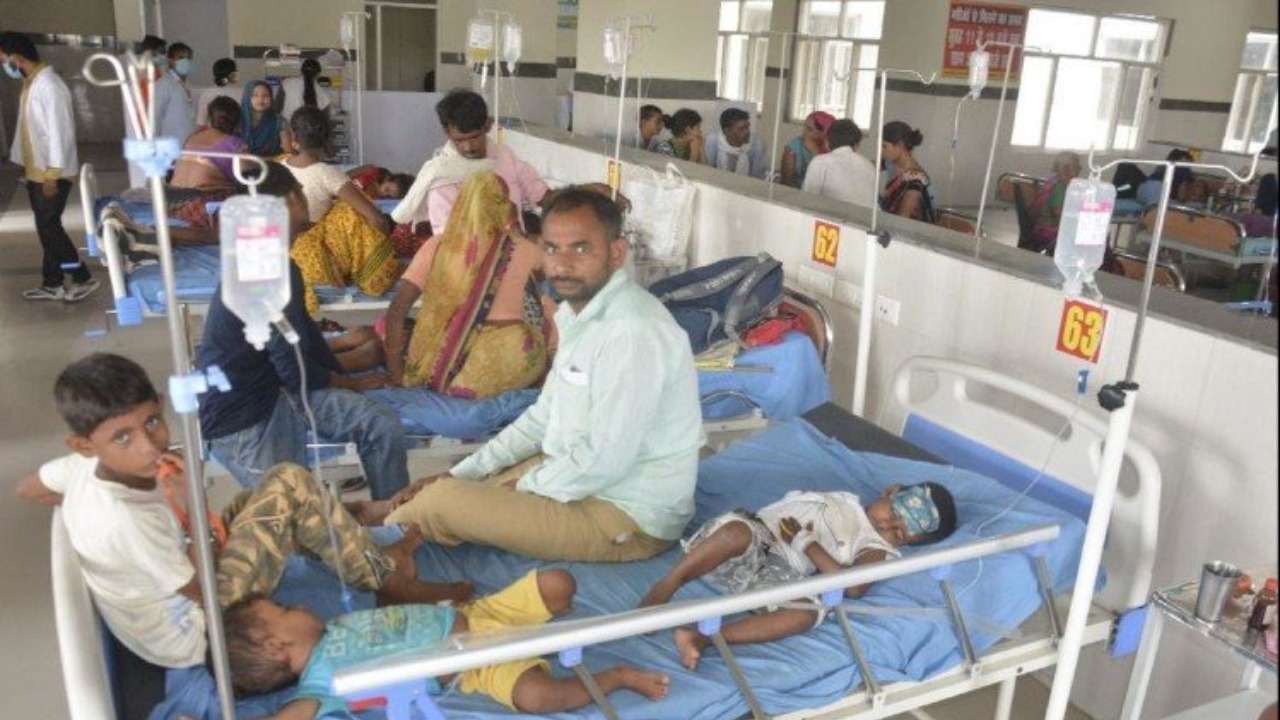 In the ELISA test conducted in the last twenty-four hours at the Hundred Bed Hospital in the Government Medical College, 101 new dengue patients have been confirmed. Currently 429 patients are admitted in the hospital.

In UP, the havoc of dengue and wire fever is not taking its name. So far 128 patients have died due to the disease in Firozabad.

Dengue and wire fever in UPUP Dengue-Viral Fever) is not taking the name of its havoc. So far 128 patients have died due to the disease in Firozabad. There have been 13 deaths due to dengue and viral fees in the last 24 hours. Among the dead, 8 children are also included. At the same time, the situation in Kasganj is also deteriorating. Here 6 people have lost their lives due to fever in 24 hours.

Firozabad Dengue has been witnessing the havoc of dengue and viral for a long time. The situation is deteriorating so much that patients are not getting even beds in government hospitals (No Bed In Hospital). Most of the victims of viral and dengue are children under the age of 15 years. Screams are heard everywhere in the hospital. 14-year-old Shivam, 6-month-old Madhav, 11-year-old Nandini, 12-year-old Yashoda, 6-year-old Manav died during treatment on Saturday, residents of Jhalkari Nagar in Firozabad.

101 new dengue patients have been confirmed in the ELISA test conducted in the last 24 hours at the Hundred Bed Hospital in the Government Medical College. Currently 429 patients are admitted in the hospital. At the same time, the number of patients in private hospitals is also increasing continuously. Only serious patients are being admitted in Hundred Bed Hospital, yet the number of patients is very high. At the same time, the process of new patients coming to the hospitals is not stopping.

Dengue-viral havoc is not stopping

On Saturday, the CMO office issued a statement saying that the district is constantly being screened for malaria, dengue and viral fever and the affected patients are being immediately admitted to hospitals to ensure better treatment. Firozabad district has been battling the outbreak of dengue and deadly viral fever for the last three weeks. Most of the patients are children. According to officials, some cases have also been reported in the neighboring districts of Mathura, Agra and Mainpuri.

Also Read – Do You Have Fever? So this is how to identify your fever is dengue or normal viral

This Indian pacer enters the minds of the batsmen, the former veteran told the reason for success in England