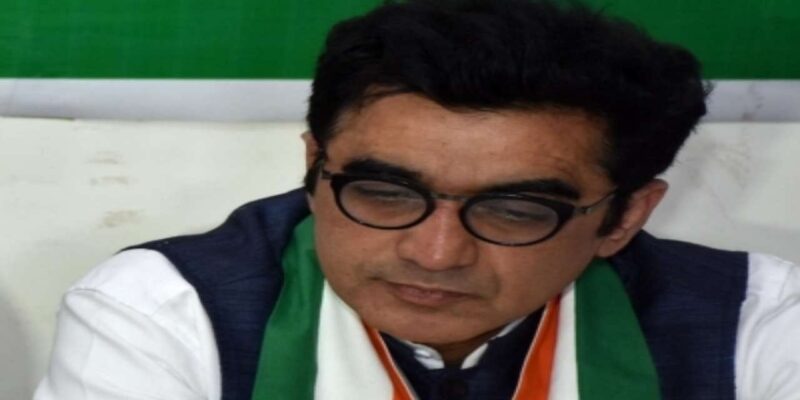 The Congress on Wednesday demanded implementation of the terms agreed between the Center and Naga political negotiators belonging to Nagaland. It also sought to strengthen the government in the north eastern state and implement one law and one tax system. Nagaland AICC secretary-in-charge Ajay Kumar said Chief Minister Neiphiu Rio and the all-party government of the Nagaland Assembly have committed the “biggest crime” against the people of the state by doing nothing in the right direction.

Kumar told a party meeting here that the Narendra Modi government had announced in 2015 that it had resolved the Naga problem. “If so, our demand is to implement those parts which are applicable to the people of Nagaland,” Kumar said. The matters which were related to issues related to outside the state were not resolved. “A separate constitution, flag and issues like integration of Naga autonomous regions cannot be compromised, but why is the Center not implementing what has been negotiated and belongs to the state? Why do the people of Nagaland suffer?

Told the Rio government the most corrupt

The Rio government has a “dubious distinction” of being the most corrupt and worst governed in India, according to the NITI Aayog report. “At present every person in Nagaland is suffering due to various types of taxation and extortion, which happens due to unresolved Naga political issue,” he said at a party meeting here. He said that Congress will fight for the people of Nagaland. “A state with a literacy rate of more than 80 percent deserves better, but it has to suffer the most corrupt and incompetent government of the country”.

Kumar claimed that the diverse religious, social and cultural history of Nagaland is under threat from the BJP-led government at the Centre. “The BJP-led government at the Center does not believe in religious, cultural and social diversity. That party She wants to decide what people should eat, what clothes they should wear, worship at religious places. Anyone who doesn’t fit his definition is either a traitor or a threat to him.

He said that the Rio government is not loyal to the people but to Modi and is spreading Hindutva. “We cannot allow the demography of Nagaland to change again,” he said. Theri also appealed to AICC leaders and Congress MPs to speak for the resolution of the Naga issue in the winter session of Parliament. NPCC working president Khridi Thunuo said that the BJP government at the Center is saying that the Naga political talks have ended on October 30, 2019, but it is still going on without any solution. He said that the Congress party in Nagaland should It is necessary to solve the Naga political issue to strengthen it.

Kashmir: Candle march taken out in protest against the death of three civilians in terrorist attack, many questions asked to the government

Will Covaxin be approved for children soon? Bharat Biotech handed over trial data to CDSCO