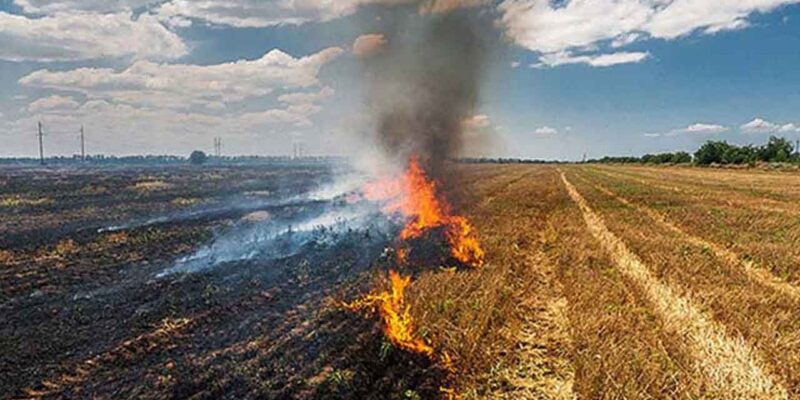 According to the data of the Central Pollution Control Board (CPCB), Delhi’s air quality has deteriorated in the last one week. Meanwhile, stubble burning has started in some parts of Punjab and Haryana. NASA has mapped these fire events. However, data from the Visible Infrared Imaging Radiometer Suite (VIIRS) shows that the number of fires in Punjab and Haryana is less this year as compared to the same period of the last five years. These indicate a delay in the stubble burning season.

The Air Quality Index (AQI), calculated using data from 37 monitoring stations of CPCB in Delhi, stood at 179 on October 12, which is in the medium category. The AQI of the medium range is between 101 and 200. Pollution levels can cause breathing difficulties for people with lung and heart diseases. Pawan Gupta, senior earth science scientist at the University Space Research Association, NASA Marshall Space Flight Center, said the initial fires usually start near Amritsar district in early September. Its date varies from year to year and depends on many factors including the season.

When did the incidents come to the fore?

What was seen in NASA’s pictures

NASA’s Fire Information for Resource Management System (FIRMS) shows a cluster of red dots in the northern part of Punjab and the northwestern part of Haryana (around Kurukshetra and Karnal). It shows the locations of the fires mapped by the Visible Infrared Imaging Radiometer Suite (VIIRS). Gupta said that the data for the last few years indicates that Sangrur, Bathinda, Ferozepur, Patiala and Moga have reported the maximum number of fires in Punjab, while Fatehabad, Kaithal, Karnal, Jind and Ambala in Haryana have reported the maximum number of fires. .

When did the number of dots appear less this year?

Also read- NCR Draft Regional Plan 2041: NCR area to be reduced, bullet train-heli taxi and waterway; Know how the future of Delhi-NCR will be

Also read- Corona is losing! 15 thousand 823 new cases were reported in the last 24 hours, know what was the recovery rate, how many patients lost their lives