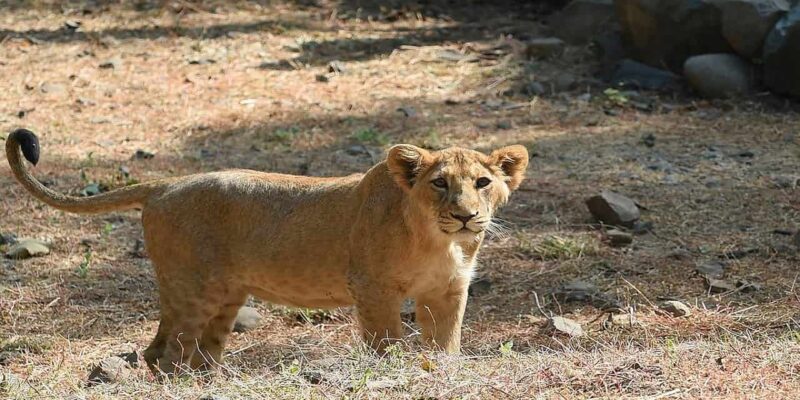 Lions and 2 lioness were brought to Delhi Zoo.

In the country’s capital Delhi, Minister of State for Environment Ashwini Kumar Choubey named two lionesses and a lion as Maha Gauri, Shailja and Maheshwar on the occasion of Navratri. They have recently been brought from Gujarat to Delhi Zoo.

In fact, Delhi zoo has received lions and lioness for breeding purpose from Gujarat’s Sakarbagh last month under animal exchange programme. The Union Minister attended the closing ceremony of the Wildlife Week at the zoo and planted trees near the enclosure of the lion and lioness which are found in Gujarat. A statement said that since it is the occasion of Navratri, Chaubey has named these lions as Maha Gauri, Shailja and Maheshwar.

It is worth noting that the Environment Minister has named two tigresses brought from Gorewada Wildlife Rescue Center in Maharashtra, Aditi and Siddhi. The tigresses were rescued from the Bhramapuri forest division of Chandrapur. At the same time, according to the Central Zoo Authority, conservation breeding programs protect those species whose numbers are decreasing due to industrialization, poaching and climate change in their habitats or may be reduced in the near future. .

Pregnancy Care: Every woman should remember these things after caesarean delivery