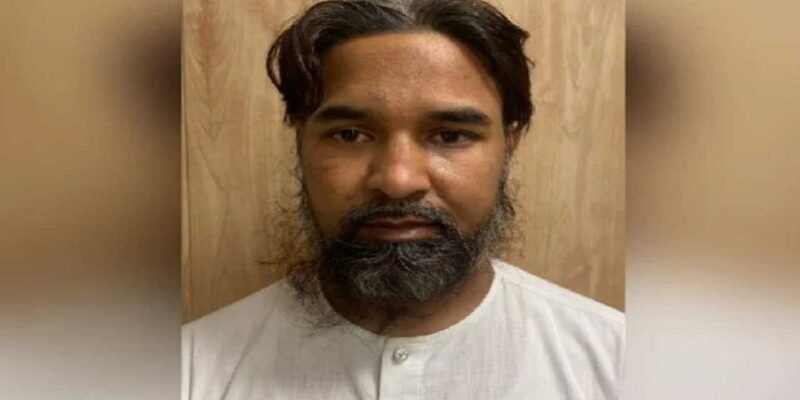 Terrorist Ashraf used to incite youth to become jihadis in the name of religion.

Delhi (Delhi Terror BustIn ) Pakistani terrorist Mohammad Ashraf caught from Laxmi Nagar (Terrorist Mohd Ashraf) has made big revelations related to terrorist attacks and bomb blasts in India in the last years. Ashraf has confessed during interrogation that Pakistan’s intelligence agency ISI was involved in the 2009 bomb blast at Jammu Bus Stand. Ashraf has also admitted that he was not involved in the blasts outside the Delhi High Court in 2011, but he did the recce of the premises. However, these revelations of Ashraf are yet to be verified.

Ashraf has admitted that in the year 2011, he had done several recce of the police headquarters (old police headquarters) at ITO, although he could not get much information. He told that the police security was tight and he was not allowed to stay outside the premises for long. He also sent information about the ISBT bus stand to ISI officials in Pakistan. At present, the investigating agencies are questioning him whether he was involved in any blast in Delhi or not.

Ashraf made these 5 important revelations:

1. Ashraf has confessed that in 2009 there was a blast at the Jammu bus stand, in which 3-4 people were killed, which was carried out at the behest of ISI officer Nasir.

2. Ashraf revealed that two Pakistanis had come to carry out the Delhi High Court blasts in 2011. One of them was named Ghulam Sarwar. He confessed to his involvement in the brutal killing of 5 Army personnel in Jammu and Kashmir.

3. At the behest of ISI officer Nasir, Ashraf had gone to Jammu and Kashmir several times to supply arms. He further revealed that he always used to communicate with ISI officials through e-mails.

4. Talk to ISI officer was always through e-mail, message was left in draft in email. His code name used to be ‘Bhaijaan’ in this email.

5. Investigation has revealed that terrorist Mohammad Ashraf was not only carrying out terrorist acts in the country, but he was making Indian youth jihadis in the name of religion. He used to enter the house as a Pir Maulvi. He has made dozens of youths of India as jihadis, and has also sent many youths to Pakistan for terrorist training.

Let us inform that the NIA had investigated the bomb blast in the Delhi High Court. In this case, 6 people were arrested and charge sheet was filed. The NIA had made a person named Wasim Akram Malik as the main accused in this case. At present, Ashraf’s claims regarding this blast are being investigated. Mohammad Ashraf got his passport made in the year 2013. In the passport, he has given the address of Shastri Nagar, Delhi. The accused had made all the necessary documents from making his ration card.

Ashraf was hiding for 15 years as a Maulana

A senior police officer of the Special Cell said that it was wearing the cloak of Pir Maulvi. He used to read verses from the Quran and claimed to cure people. He had also learned the work of witchcraft to convert youths into jihadis. Mohammad Ashraf Peer used to enter the house on the pretext of treating him as a cleric and also claimed to take advantage of superstition to cure him. It used to incite youth to become jihadis in the name of religion. The accused has also revealed during interrogation that he used to take donations from people with money to further the religion.