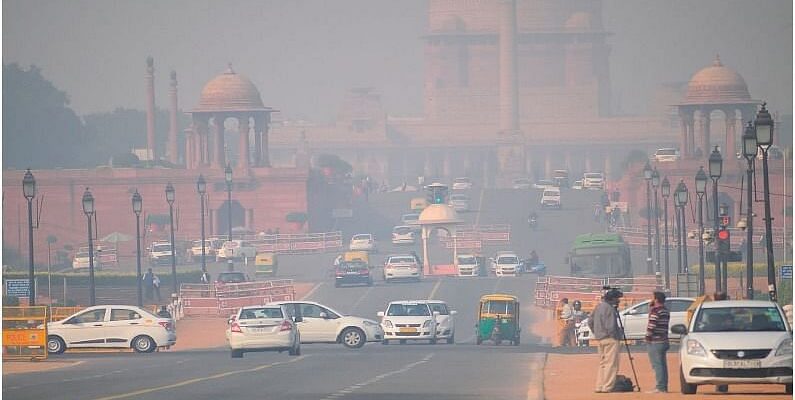 The air is getting poisonous once again in Delhi-NCR.

With the onset of winter, the problem of pollution in Delhi starts increasing. This time again, the Delhi government is trying its best to ensure that the situation does not happen every year. To control pollution in Delhi, once again the ‘Red Light on Gaadi Off’ campaign is going to start from October 18.

Delhi Chief Minister Arvind Kejriwal, in a press conference on Tuesday, urged the people of Delhi to stop using private vehicles once a week and reduce pollution in the city by turning off the engines of vehicles at red lights. help to do.

Big pollution due to stubble burning

Delhiites will have to take responsibility

CM said that now the time has come that Delhiites have to understand their responsibility to reduce pollution. He said it is essential that everyone takes responsibility and contributes to three measures, including the ‘Red Light on Car Off’ campaign, starting from October 18, to reduce locally generated pollution.

Do not use private vehicles once a week

Kejriwal said that we had started the ‘Red Light On, Gaadi Off’ campaign last year also. It will start again from 18th October, as soon as you stop at the red light, switch off the engine of your vehicle. He said that experts say that keeping the engine of the vehicle at red light can save Rs 250 crore and can also reduce pollution by about 13-20 percent. Appealing to the people, he said that we should take a decision not to remove our vehicle at least once a week and to pool the car with metro, bus and others.

Be the eyes and ears of Delhi government

Kejriwal said that if you have not downloaded the Green Delhi app, then do it today. If you see pollution anywhere in Delhi. A truck that causes air pollution. Any industry which is creating pollution is burning garbage. You can complain through the app. Our team will reach the spot and stop the source of pollution. He said that people should become the eyes and ears of the Delhi government by reporting the incidents of pollution so that it can be stopped.

Also read- Gang war broke out in Delhi! Now in Rohini, a gangster of Tillu gang has been shot dead, police engaged in investigation