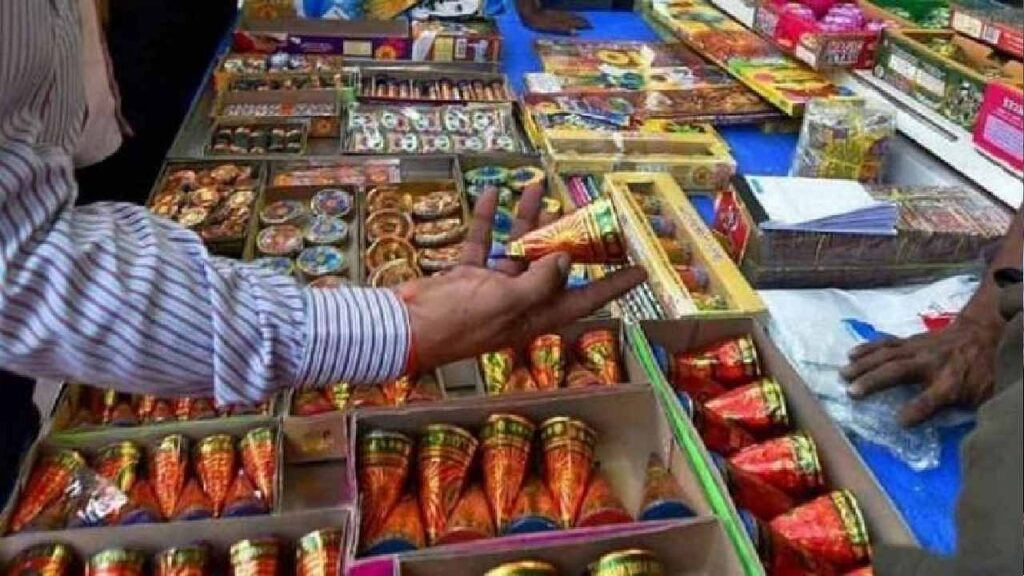 There is a ban on selling or storing firecrackers in Delhi (Crackers Selling in Delhi). In such a situation, the police are also conducting raids continuously. in between
A 44-year-old man has been arrested from Rohini area and 11.15 quintals of banned firecrackers have been recovered from him.

Giving this information on Friday, a senior police officer said that the accused has been identified as Amit Mittal. He is a resident of Narela. He has a mobile shop. On the basis of a tip-off, Mittal was arrested on Thursday after raiding his godown, said Deputy Superintendent of Police (Rohini) Pranav Tayal. The officer said that he was getting the firecrackers off in his rented godown.

The accused was unable to show a valid license

Tayal said that Mittal was unable to show any document or valid license regarding firecrackers. failed in. He told that he was keeping the firecrackers in the residential area which could be dangerous for the local people. He told that a case has been registered against Mittal and investigation is going on.

On Tuesday, a 26-year-old employee of a five-star hotel was arrested by the police with 90 kg of banned firecrackers. A case has been registered against Azim, a resident of Dharampura area of ​​Jama Masjid, under sections of the IPS and Indian Explosives Act. During interrogation, the police came to know that Azim used to work in a five star hotel in New Delhi.

To earn more money, he was planning to sell the firecrackers that he had bought from a person in Faridabad, Delhi. Last week, the Delhi Police issued an order saying they would not give temporary licenses to vendors to sell or store firecrackers in the capital.