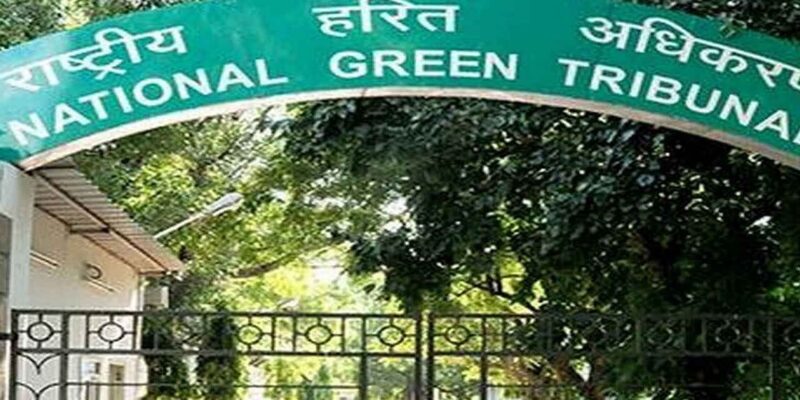 The National Green Tribunal (NGT) has directed the Delhi Pollution Control Committee to take action against illegal trading of construction materials and pollution caused by use of heavy machinery in the southeast district here. A bench headed by NGT Chairperson Justice AK Goel directed the DPCC to issue notices to these alleged violators to give them an opportunity to present their case.

“Let the DPCC take further action as per law in coordination with other authorities following due process,” the bench said. The ‘Registry’ may also issue notice by email – WhatsApp as per the details given by the applicant.’

‘Polluting activity can be stopped by statutory regulators’

DPCC’s counsel said that violations have been found and compensation has been assessed, further action is to be taken in coordination with Delhi Police and SDM (Sub Divisional Magistrate). The NGT, in its October 8 order, said that the SDM’s contention that the land-owning agency Delhi Development Authority is responsible for removal of encroachments is not tenable as polluting activity can be stopped by statutory regulators, even if the land is encroached upon. Whoever is the owner.

The tribunal was hearing a petition filed by the NGO ‘Bandhu Mukti Morcha’, in Plot No. 1 at Pul Pahlad Pur village in South-East district and Badarpur Market, Main Mathura Road, near Tughlakabad Metro Station, Failure to take corrective action against pollution caused by illegal trading of construction materials and use of heavy machinery like ‘cranes’ in Badarpur, New Delhi has been cited.

The NGT has constituted a committee and sought a report on a plea against unscientific dumping of solid waste in Ghaziabad’s Rajnagar Extension, just six kilometers from Hindon Air Force Station, in violation of environmental norms. A bench headed by NGT Chief Justice AK Goel constituted a committee comprising the Commissioner of Meerut Division, Central Pollution Control Board (CPCB), State Pollution Control Board, Ghaziabad Municipal Corporation and Ghaziabad District Magistrate.

Simultaneously, the committee was directed to verify the factual position, take corrective action and submit the action taken report.

Also read- Delhi: Firing between ATS and miscreants near Dwarka metro station, one miscreant got shot in the leg; Arrested