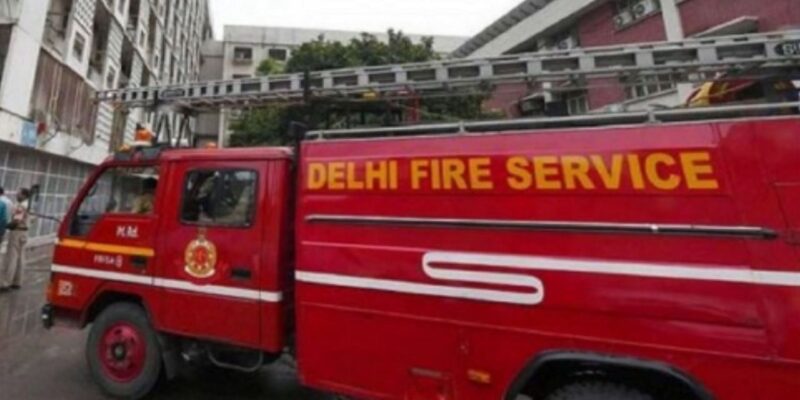 The fire broke out in Godown of Harsh Vihar area. (symbolic picture)

A godown of paper rolls partially collapsed after a fire broke out in the Harsh Vihar area of ​​the country’s capital Delhi early this morning. 16 fire tenders reached the spot to control the fire. The fire department has informed that no casualty has been reported so far. However, the cause of the fire is yet to be ascertained.

Actually, according to the information, there is a fire in the paper roll warehouse of Harsh Vihar area. The fire has spread to the basement and the first floor. The fire extinguishing work continues. At present, the cause of the fire is not yet known. The fire department is trying hard to control the fire. Director of Delhi Fire Services Atul Garg said that a call was received about the fire in Harsh Vihar area. After which 16 fire tenders were sent to the spot. He said that the operation is on to control the situation.

16 fire tenders present on the spot

Massive fire broke out in the factory of Narela Industrial area

Let us inform that in the past, a fire broke out in a factory in Narela Industrial Area at around 7:15 am on Saturday. According to reports, the factory where the fire broke out used to make paper plates. The fire was so fierce that its plume of smoke was visible from afar. According to Delhi Fire Service, the fire started on the first floor of the building. 33 vehicles of fire brigade reached the spot and doused the fire. The fire was so terrible that panic spread in the surrounding factories and a plume of black smoke covered the sky.

Significantly, on October 3, three people suffered minor burns in a fire incident at a guesthouse in East Delhi’s Shakarpur area. Delhi Fire Service officials said that a call about the fire was received at around 5 am, after which 5 fire tenders were sent to the spot. The fire broke out in the electric meter, after which it spread to the reception, lobby and other parts of the guesthouse, a fire department official said. However, the fire was brought under control around 7 am. He told that 3 people got minor burns in the incident and they have been given first aid. Director of Delhi Fire Services Atul Garg said that the five-storey guesthouse was being run without getting a no-objection certificate from the fire department.

read this also: Delhi: Firing between ATS and miscreants near Dwarka metro station, one miscreant got shot in the leg; Arrested

People with these zodiac signs do not know how to express their feelings, know why?