Delhi: Mahapanchayat will be held tomorrow on completion of one year of farmers’ movement; farmers will travel to Delhi; Police put up barricades 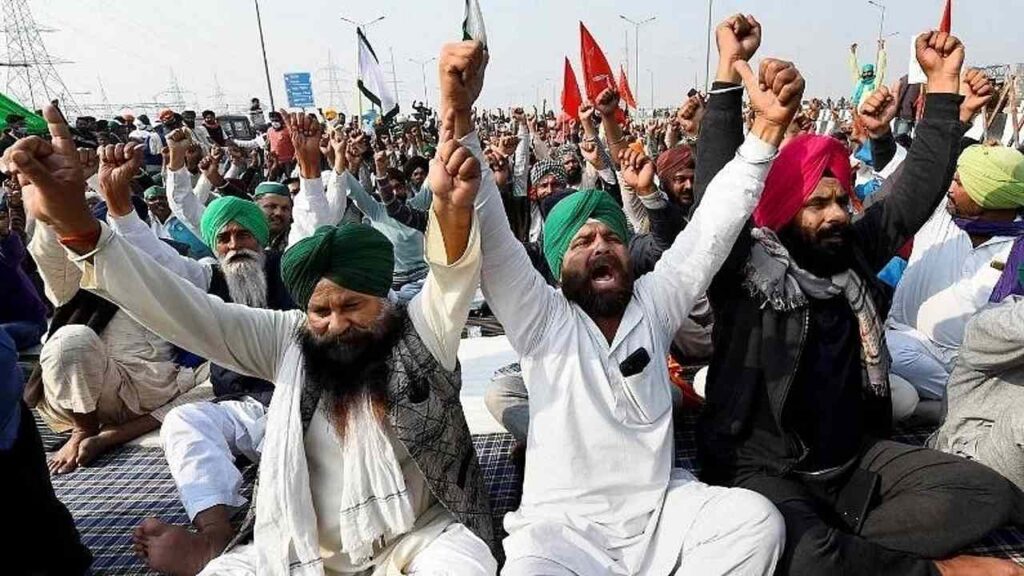 On the completion of one year of the farmers’ movement at the UP Gate, there will be a mahapanchayat on Friday. The Bharatiya Kisan Union has called upon the farmers of Punjab, Uttarakhand and western Uttar Pradesh to reach the agitation site to make the mahapanchayat a success. Farmer leader Rakesh Tikait has issued a poster on social media appealing people to come to the agitation site. On the poster, the farmers have written ‘The war is still on, now it is the turn of the MSP’ and have demanded the government to enact a guarantee law on the minimum support price.

The Delhi Police has started installing iron and cemented barriers on the Delhi Meerut Expressway on the possibility of farmers reaching in large numbers. However, no official confirmation has been made by the Delhi Police regarding the closure of Delhi Meerut Expressway yet. However, in the evening, the work of deployment of security forces and barricades has been started on the UP Gate flyover. Barricades were removed 15 days ago. Police force has been deployed.

Farmers will not move from the border now

The farmers, who have been agitating against the new agricultural laws for the last one year, have made it clear that they are not going to move away from the border. He has made it clear that during the winter session of Parliament, which is going to start from November 29, he will continue the protest as per his already fixed schedule. Farmer leader Rakesh Tikait said on Thursday that we want to appeal to PM Modi that MSP has always been our issue. In such a situation, we have no intention of leaving the Delhi border.

500 farmers will march on tractor trolley till Parliament

Rakesh Tikait said that there will be a meeting on November 27 and we will plan ahead. On November 29, a tractor march will be organized in Delhi, Tikait said that we are not going to back down and the government will have to give a guarantee. Farmers’ organizations are adamant that during the winter session of Parliament, 500 farmers will march on tractor trolleys to Parliament and express their protest.