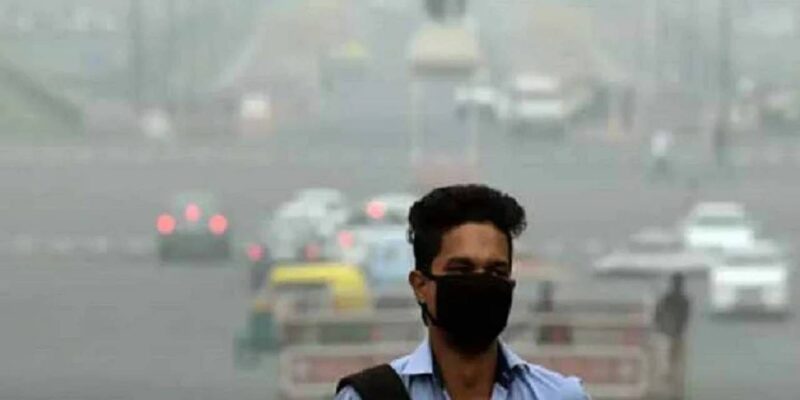 To stop pollution in Delhi, stubble smelting solution will be sprayed.

Under the Winter Action Plan to control air pollution in the capital, the Delhi government will start free sprinkling of bio-de-composer solution in the fields of farmers from Monday for stubble smelting. Environment Minister Gopal Rai told that this campaign will be started from Fatehpur Jat village of Narela assembly. The farmers who have demanded spraying of bio-de-composer solution in their fields, will start spraying their fields from Monday morning.

This time the Kejriwal government has made preparations to spray this solution for stubble smelting in an area of ​​more than four thousand acres in Delhi, whereas last year only about two thousand acres were sprayed. Ever since the third party audit report has come out, the farmers are very excited about its result. So this time the target has doubled. To achieve this goal, the Delhi government is preparing a solution of bio-de-composer in Kharkhari Nahar with the help of Pusa Institute from September 24.

From making the solution to spraying the field, it costs less than one thousand rupees per acre. Encouraged by its results, the Air Quality Commission has also ordered all states to use bio-de-composer. When all the state governments together will move towards the solution of stubble, only then it is possible to solve it from the root.

Bio de-composer solution being made since September

Gopal Rai said that on September 24, the process of making bio-de-composer solution was started. This solution is being prepared in Kharkhari Nahar in collaboration with Indian Agricultural Research Institute, Pusa. Farmers are very excited by the third party audit report and they are demanding spraying in Basmati paddy fields also. Therefore, this time the solution is being prepared for four thousand acres of field, whereas last year two thousand acres of land was sprayed. This time the government is spending about 50 lakh rupees from making the solution to spraying.

Gopal Rai said that the Delhi government has prepared a winter action plan to control air pollution. Strict action is being taken on 10 points under this plan. Part of this plan is also to spray bio de-composer on the stubble.

Like last year, this time also the Delhi government is helping the farmers by spraying free bio-de-composer for the solution of stubble, but it is also eliminating the pollution caused by stubble burning. At the same time, stubble burning is done on a large scale in the neighboring states of Punjab, Haryana, Uttar Pradesh and its smoke has a great effect on the air of Delhi. As a result, Delhi’s pollution reaches a dangerous state during the winter season.

The Kejriwal government has also submitted a ‘third party audit report’ related to stubble smelting from bio-de-composer to the Central Air Quality Management Commission. The central government agency WAPCOS had conducted a third party audit of the impact of spraying of bio de-composer on the stubble. The WAPCOS agency, which works under the Union Ministry of Jal Shakti, in its report has described bio de-composer as a better solution for stubble smelting.

There has been a demand from the Central Air Quality Management Commission to implement the bio-decomposer technology in other states as well. Also, citing the audit report of WAPCOS, the Delhi government has also appealed to the Union Environment Minister to make use of bio-de-composer in neighboring states. WAPCOS, a central government agency, included in its audit report the effect of spraying Pusa bio de-composer on 1935 acres of non-basmati paddy fields of 310 farmers in 39 villages of Delhi.

Third party audit conducted at the behest of the commission

The Kejriwal government had appealed to the Air Quality Management Commission in Delhi-NCR regarding bio-de-composer, so that the neighboring states can be directed to use bio-de-composer to eliminate stubble instead of burning it. On this, the Commission on Air Quality Management had expressed its desire to have a third party impact assessment (evaluation) of the use of bio de-composer after its use. This third party impact assessment was done by a team from WAPCOS.

‘These results came out in third party audit’

Durga Puja 2021: Know more about the date, timing, significance and celebration of this Hindu festival

The price of this cryptocurrency increased by 260% in the last 7 days, investors became rich in 24 hours