Delhi government claims- ‘Where vote, there vaccination’ campaign runs across the country, then everyone will be vaccinated in 2-3 months, now Sputnik vaccine is not needed 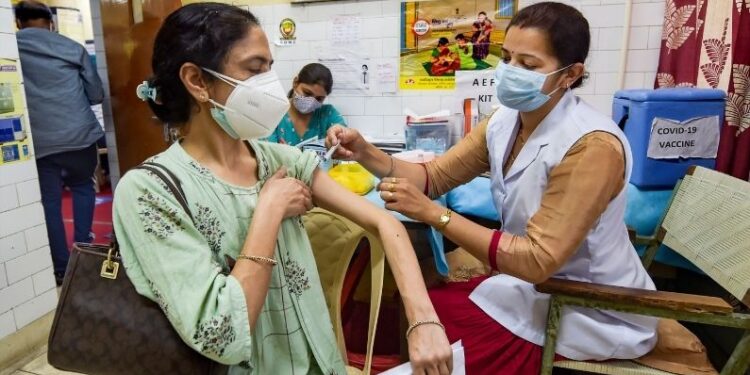 Delhi CM Arvind Kejriwal has made it clear that now there is no plan to buy Russian vaccine Sputnik.

The Delhi government is soon going to start the ‘Jahan Vote, Vaccine’ campaign for people above the age of 44 years.

Delhi CM Arvind Kejriwal on Wednesday said on the ‘Jahan Vote, Wahan Vaccination’ campaign that this is a new type of experiment that will directly benefit about 30 lakh people. Kejriwal said that 50 percent of the people above the age of 45 years in Delhi have been vaccinated. 27 to 28 lakh people of this age have got it and around 30 lakh people are left. Now people are not coming in large numbers, so this campaign will get a lot of benefit in the vaccination campaign. When Sputnik came to Delhi, Kejriwal said that it is not needed now, now the central government is going to give all the vaccines.

Kejriwal said that now people will have to go door-to-door and make them aware. Under the vaccination campaign, wherever the votes are taken, the polling stations where they go to cast their votes will be vaccinated. The same polling station has been made a vaccination center. BLO is coming from door to door in this campaign by giving door-to-door slips in the same way as booth level officers go door-to-door and come door-to-door at the time of election. This slip will show that the vaccine is taken at this center at this time. Can is coming by giving a slot of vaccine.

Kejriwal further said that I talked to many people that people are happy, arrangements have also been made for the movement of people, e-rickshaws have been installed to bring people from home. BLO is also making people aware by going home, if anyone has fear about the vaccine, then they are removing it. BLO will go for 2 days and talk to people, make them aware and then vaccines will be given for the next 2 days. For those who will not come in the first round, BLO will go again in the second round that you were not given the slot, you will not come, their doubts will be cleared.

There are 272 wards in Delhi, if there are no wards in 2 assemblies, then there are about 280 wards. 70 wards will be covered in a week. If we had vaccines for 18 to 44 years, then they too would have ended in this. I think the structure of the election is very good, if the whole country is vaccinated according to this framework, then in 2 to 3 months everyone can vaccinate.

On the free vaccination from 18 to 44, Kejriwal said that it is a very good thing that from June 21, all the vaccines will start coming from the center, if we get the vaccine for most, then we will start vaccinating everyone through this campaign. In Delhi, the vaccine was already free, was there a shortage of vaccine? I sincerely hope that the Center must have made some plan about this as well.

Said thanks to the Supreme Court for capping the vaccine

Sushil Pehelwan asked for special food and supplements in jail, the court will pronounce the verdict today; Gangster Lawrence Bishnoi shifted to Tihar