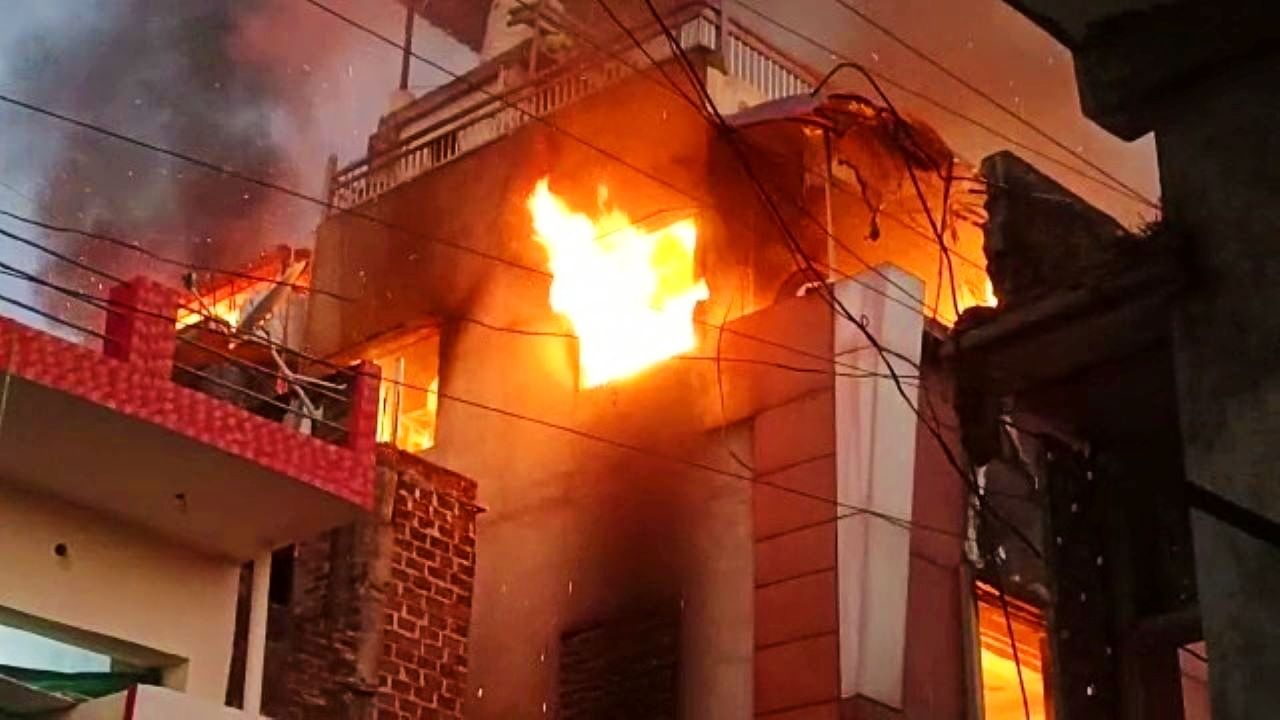 An incident of fire broke out in a building located in Pooth Kalan, Sector 5 of Rohini area. On information, ten fire tenders reached the spot and the fire has been brought under control after a lot of effort.

An incident of fire broke out in a building in Delhi’s Rohini area on Thursday evening.Delhi Rohini Fire, One person died in the accident, while seven people were rescued. 10 vehicles of the Delhi Fire Brigade reached the spot and brought the fire under control. Fire brigade officials said that they received information about a fire in a building in Sector 5, Pooth Kalan at 4.55 pm. He told that there were two more floors in this building apart from the ground floor. He said that ten fire tenders reached the spot and after a lot of effort the fire was brought under control.

Those who were rescued in the incident have been taken to Ambedkar Hospital. However, it is not yet known what caused the fire. Let us tell you that in the last few days, many incidents of fire have come to light in Delhi. A fire broke out in a furniture factory located in Bindapur in the south-west area of ​​Delhi on the morning of Saturday 18 June. According to fire officials, they received information about the blaze at 4.05 am and eight fire tenders were sent to the spot. The fire was brought under control at 6.55 am and completely doused at 8.50 am, he said. However, no one was injured in this accident.

Earlier on Wednesday, June 8, a fire broke out in the basement of a building located in Lajpat Nagar market in South East Delhi. Officials said that the fire started from the electrical panel. After which 10 fire engines were sent to the spot to douse the fire. Everyone was safely evacuated from the basement and other floors of the building.

There were many incidents of fire at the landfill site.