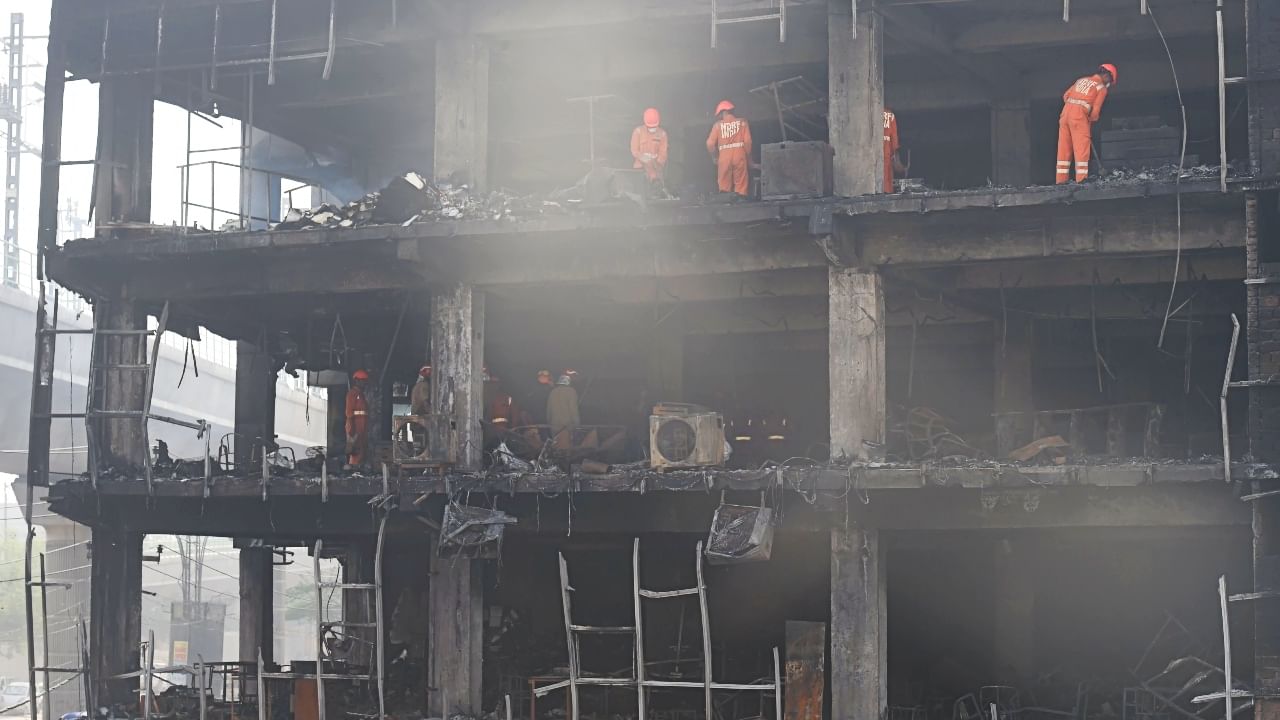 Delhi Fire LIVE Updates: A massive fire broke out in a building near Mundka metro station in Delhi on Friday. So far 26 people have been confirmed dead in the accident. There 12 people have been injured. Many people are still missing in the incident. NDRF’s search operation is going on in the building.

Delhi (Delhi FireA massive fire broke out in a building near Mundka metro station on Friday. So far 26 people have been confirmed dead in the accident. There 12 people are injured. According to the information, 28 people are missing so far, in which 5 are men and 23 are women. NDRF (NDRF Search Operation) team is running a search operation in the building. During this, the team has got some small parts of the body from the building. At the same time, the condition of the bodies removed from the building is so bad that it is difficult to identify them. Hence the forensic team for the identification of the Delhi Police dead bodies (Forensic Team) will help. DCP Sameer Sharma has told that the bodies that have been found are in such a condition that it is difficult to identify. In this we will be helped by the forensic team and those who are missing will be matched so that identification can be done.

NDRF Assistant Commandant Vikas Saini said that our team reached the spot around 11:30 pm. Earlier there was a lot of problem in the search campaign here. The fire was brought under control but the water that was dripping from the walls and ceiling was very hot, now there is no problem in searching. He further said that on the surface, we have searched on all three floors, but completely on the second floor, the search operation is going on from one side. On the second floor we have got 7-8 small body parts. The search work will be completed in about 4-5 hours.