Delhi Fire: Announcement of compensation for the victims of Mundka fire accident, two lakh rupees to the families of the dead. 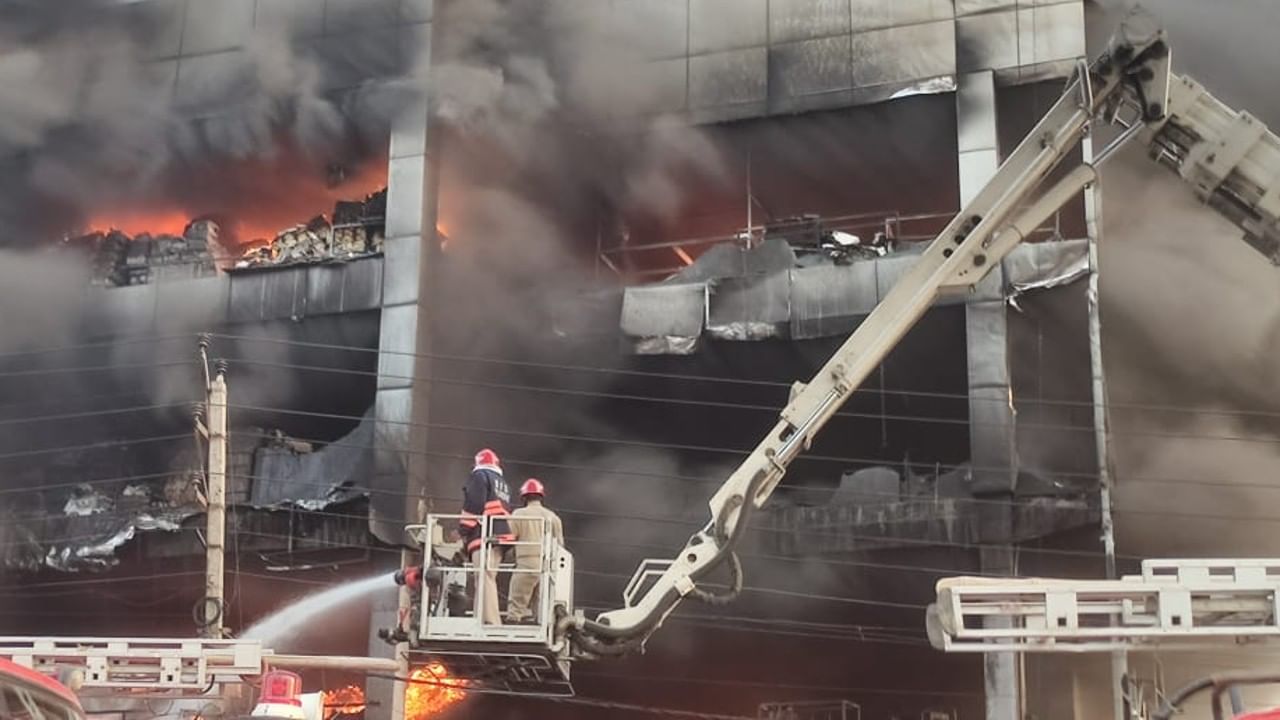 Fire breaks out in building in Delhi’s Mundka

Delhi Fire Service’s Deputy Chief Fire Officer Sunil Chaudhary has told that the fire fighting operation has been completed. Rescue operation is on. Considering the vastness of the area, it will take time.

Mundka metro station in capital Delhi (Mundka Metro Station) A massive fire broke out in a four-storey building near today. So far 27 people have died in this accident. fire at the moment (Fire in Delhi) It has been brought under control, but the rescue operation is still going on. President Ram Nath Kovind, Prime Minister Amit Shah, Union Home Minister Amit Shah and Delhi are concerned about this painful accident. (Delhi) All the leaders including Chief Minister Arvind Kejriwal have expressed grief. PM Modi has announced a compensation of Rs 2 lakh each to the next of kin of the deceased and Rs 50,000 each for the treatment of the injured from the Prime Minister’s Relief Fund.

Delhi Police arrested the owner of the company

The building that caught fire is a four-storey commercial building, usually used to provide office space to companies. The fire started from the first floor of the building, which is the office of a company manufacturing CCTV cameras and routers. So far 27 people have been confirmed dead due to fire in Mundka’s building. In this case, Delhi Police has arrested the owners of the company Harish Goyal and Varun Goyal.

Rs 2 lakh will be given from Prime Minister’s National Relief Fund to the next of kin of those who lost their lives in the fire incident in Delhi’s Mundka and Rs 50,000 to the injured: Prime Minister Narendra Modi https://t.co/Ce2fZw0mok

Outer district DCP Sameer Sharma said that around 50 people have been rescued since the accident. Delhi Fire Service’s Deputy Chief Fire Officer Sunil Chaudhary has told that the fire fighting operation has been completed. Rescue operation is on. Considering the vastness of the area, it will take time. The fire was so severe that 27 fire tenders had to be engaged to control it. It took more than four hours to extinguish the fire. At present, no information has been received about how many people were inside.

President Kovind and PM Modi expressed grief over the accident


Union Home Minister Amit Shah tweeted, “The incident of fire in Delhi’s Mundka is very sad. I am in constant touch with the concerned officials, the administration is engaged in relief and rescue work. NDRF is also reaching there soon. It is our priority to evacuate people and provide immediate treatment to the injured.”