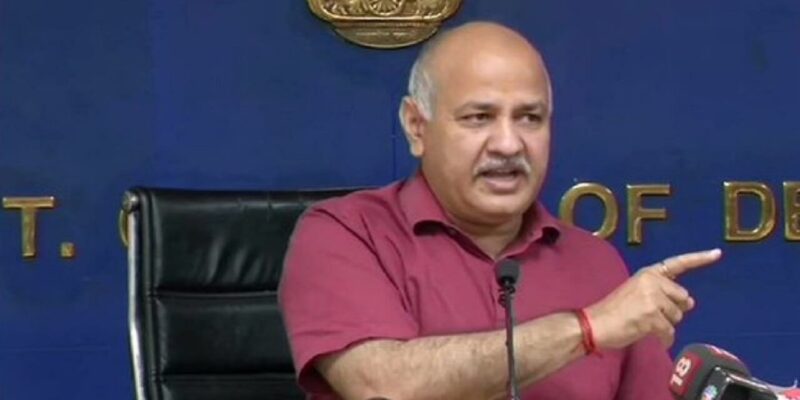 Delhi Deputy Chief Minister Manish Sisodia on the matter of setting up a one-member commission by the Uttar Pradesh government to investigate the Lakhimpur Kheri violence case, said that the commission should be formed, it should be investigated Everything is a hoax. Why is the person who is accused, who has committed the murder, roaming freely till now? Sisodia further said, ‘Is it just because he is the son of a big BJP leader and Union Minister’, and why those Union ministers are still in the cabinet.

Taking a jibe at the BJP government, Sisodia said that Ram in his mouth is a knife beside him, if he had Ram in his heart. So today that man would have been in jail and he would not have been a minister in the cabinet.

Earlier, when AAP MP Sanjay Singh was going to meet the relatives of those killed in the violence, he was stopped by the police and administration. On which Deputy CM Manish Sisodia had tweeted saying that ‘Farmers were killed and now senior police and administration officials are standing on the road overnight stopping MP Sanjay Singh ji, who is going to express condolences to his family. These tears of the farmer’s family will be heavy, Yogi ji!

There will be no shortage of oxygen in Delhi

Delhi is moving fast towards becoming self-reliant in terms of oxygen. Chief Minister Arvind Kejriwal government on Wednesday started 27 PCA and 2 cryogenic refilling plants in one go. Regarding this, Deputy Chief Minister Manish Sisodia said that the Kejriwal government will not allow oxygen shortage in any hospital in Delhi. The rate of corona infection has decreased in Delhi.

But the government is fully prepared to fight any future crisis. The Delhi government is setting up PSA oxygen plants in its hospitals, so that the dependence of hospitals on taking oxygen from outside can be reduced and other hospitals can also refill oxygen cylinders from these plants during emergency.

Navratri 2021: These 9 medicines are related to the 9 forms of Mother, the disease does not wander even near by consuming them